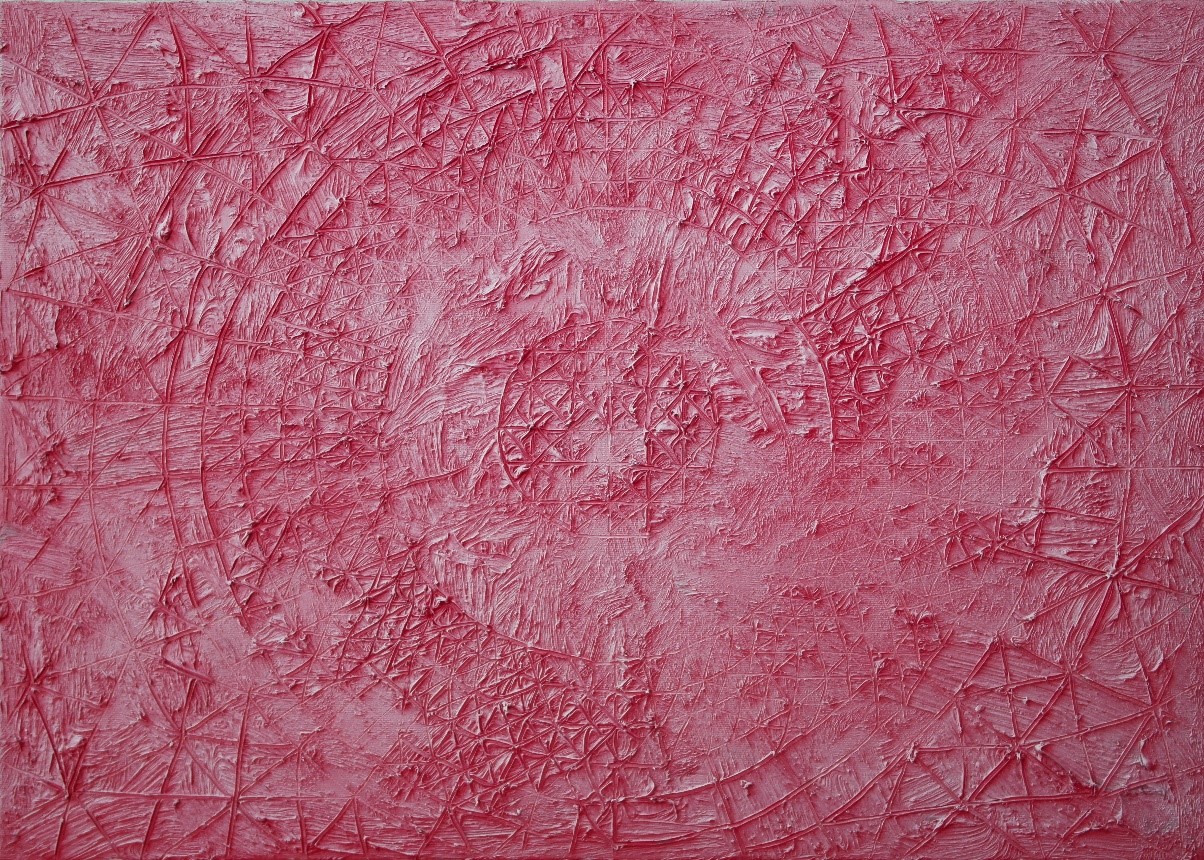 Radically counterpointing the figurative movement, Róbert Köteles is one of those artists who revisits and persists in working with non¬figurative painting.

Since early on in his career, Róbert Köteles has started working with a filigreed weaving called „Clipa”, a virtually untranslatable term from Romanian, meaning „still moment”; it relates to both time and space, both active in a pregnant state of new shapes and moments that start diverging, colliding and ultimately shaping our reality.

Róbert Köteles’ approach discloses its instruments and deconstructs them up to their constitutive elements (the point, the line, the stroke of colour). Once decomposed, those primary signs become vectors of a complex reasoning which places spatiality and temporality at the core of his discourse. 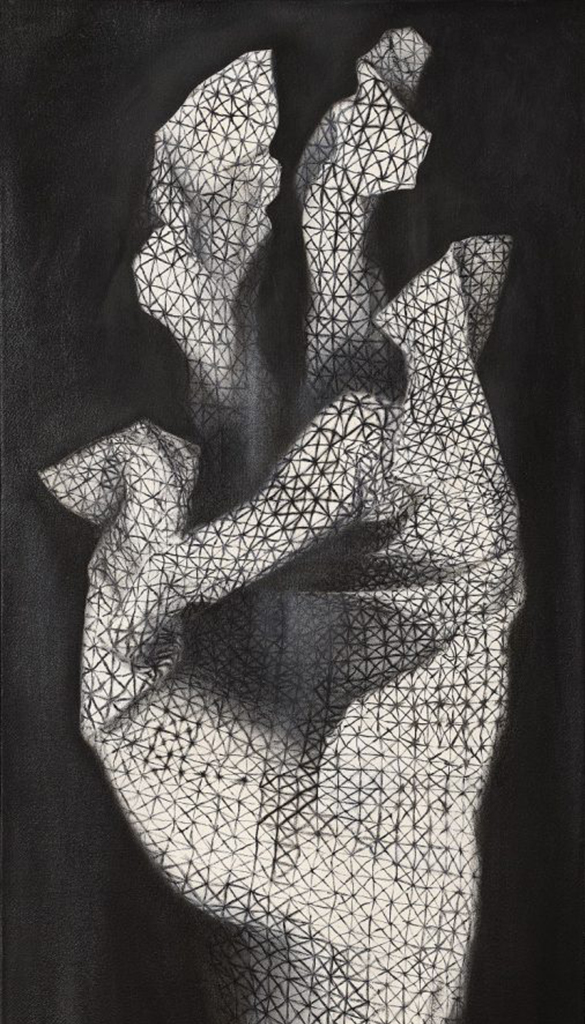 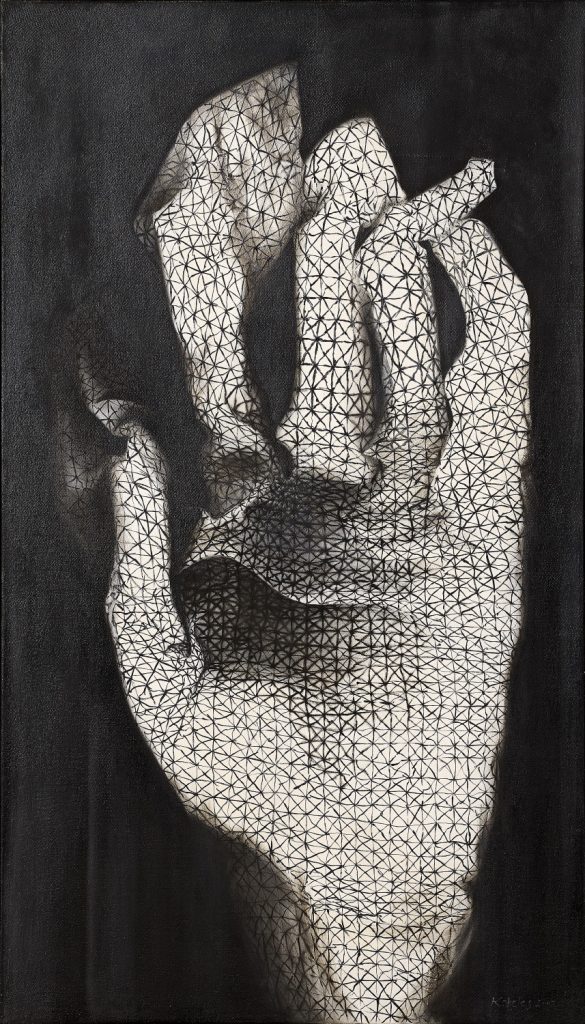 ”Starting from subjective experiences, Köteles Róbert Pál’s art puts forward an interaction with this autonomous place of images. His paintings seem to be technical and theoretical demonstrations sublimating images to produce an optical vibration – a sort of an operation elevating image to pure visible incandescence. The process allowing such operation is mainly technical and aims to remove the excess of elements in an image. Figurations, shadows or vanishing lines in points are removed so as to illustrate an austere representation of the image. In this case, the relation that Köteles has with the world of images is a technicality. Generally speaking, if technique is an operation performed on sensible life – Marshall McLuhan’s work is illustrative hereto – then it is, at least indirectly, an amendment, an enhancement or extension of our own perception system. For example, the painting process in the series of works Kromo, Mater, or Forever is based on specific working techniques invented with the purpose of generating images that are different chromatically and optically but that nevertheless speak of the very relation with the sensible, and with the image. This is not to say that acquiring some techniques to produce images represents the primary energies of the artistic discourse, but that the sensible is mediated exclusively by a technical endeavour.

Comparatively, in the series Forever, the chromatic range is rich and the compositional level is comprised of short and strongly vibrant brush strokes filling the rectangular surface of the canvas and give the feeling of density, pulsation, and movement. The Mater series introduces a monochromy in metallic shades, the surface of the canvas is heavy with paste and the drawing is scratched, with a subtle feeling of pulsation in the image, and a hardly present mobility, while the painted surface may be compared to the mushy bark on a meteorite or on a metallic planet on which someone scratched an unintelligible map.” Adrian Bojenoiu

The absence of mechanical accuracy  → 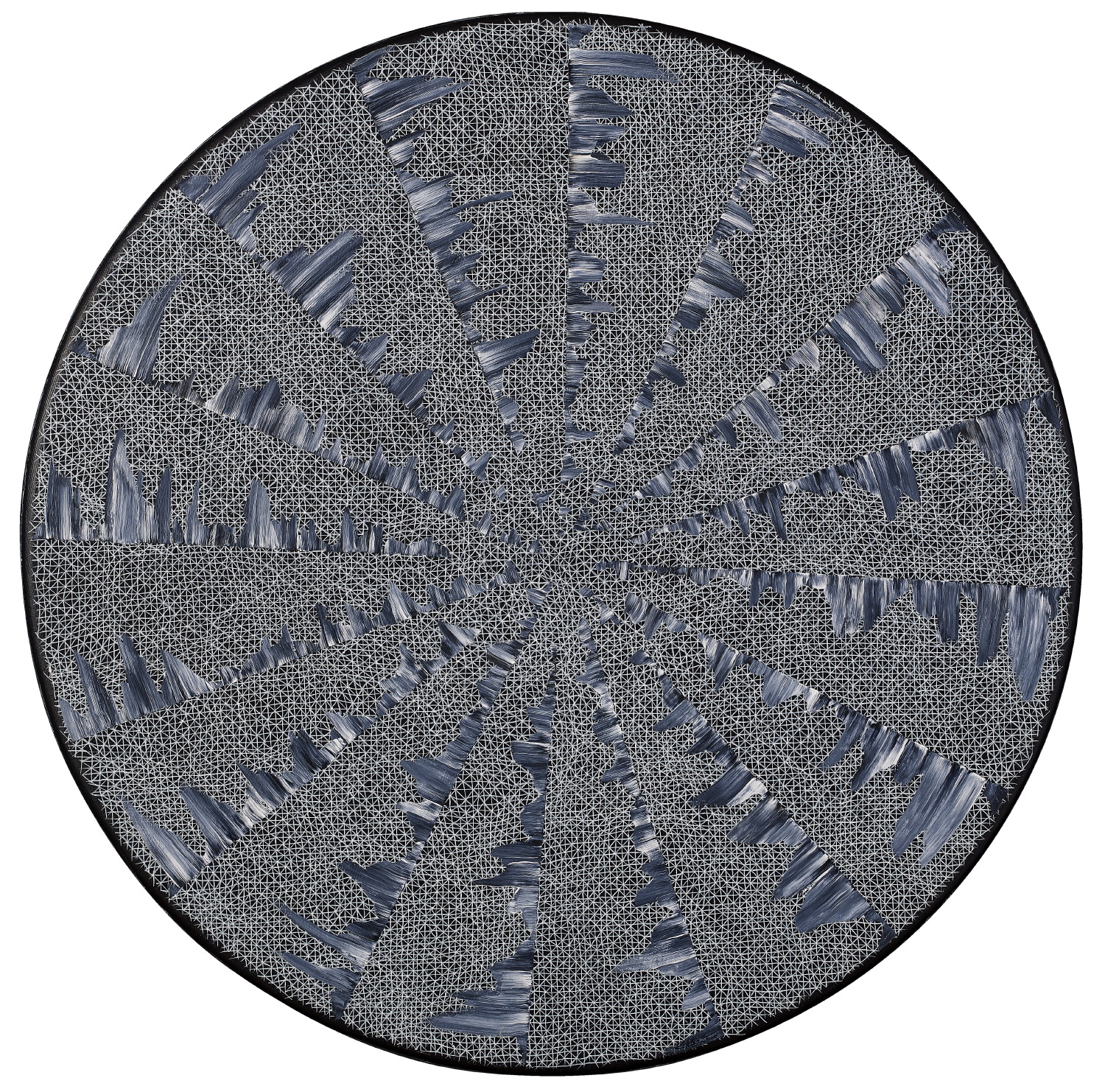 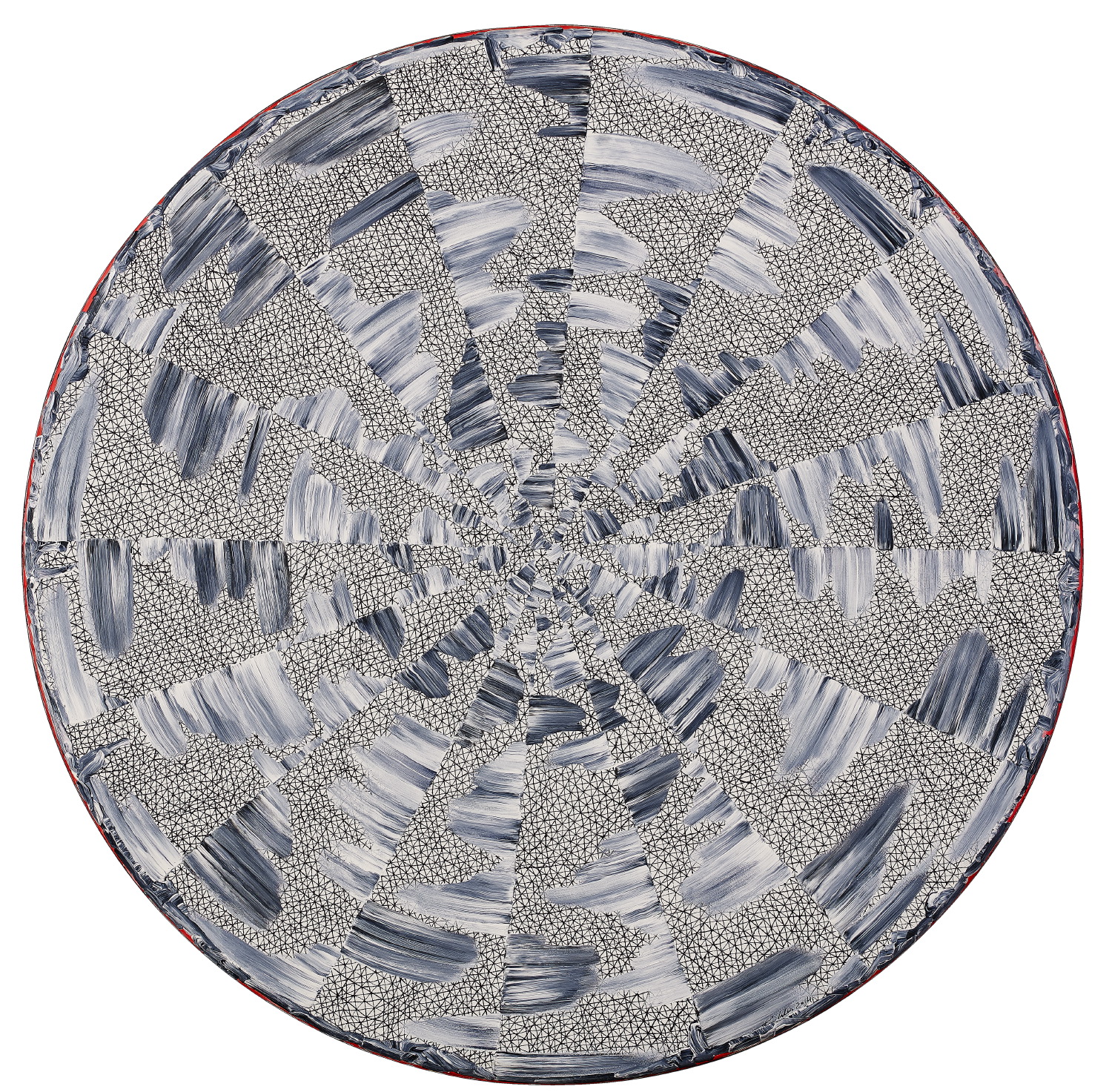 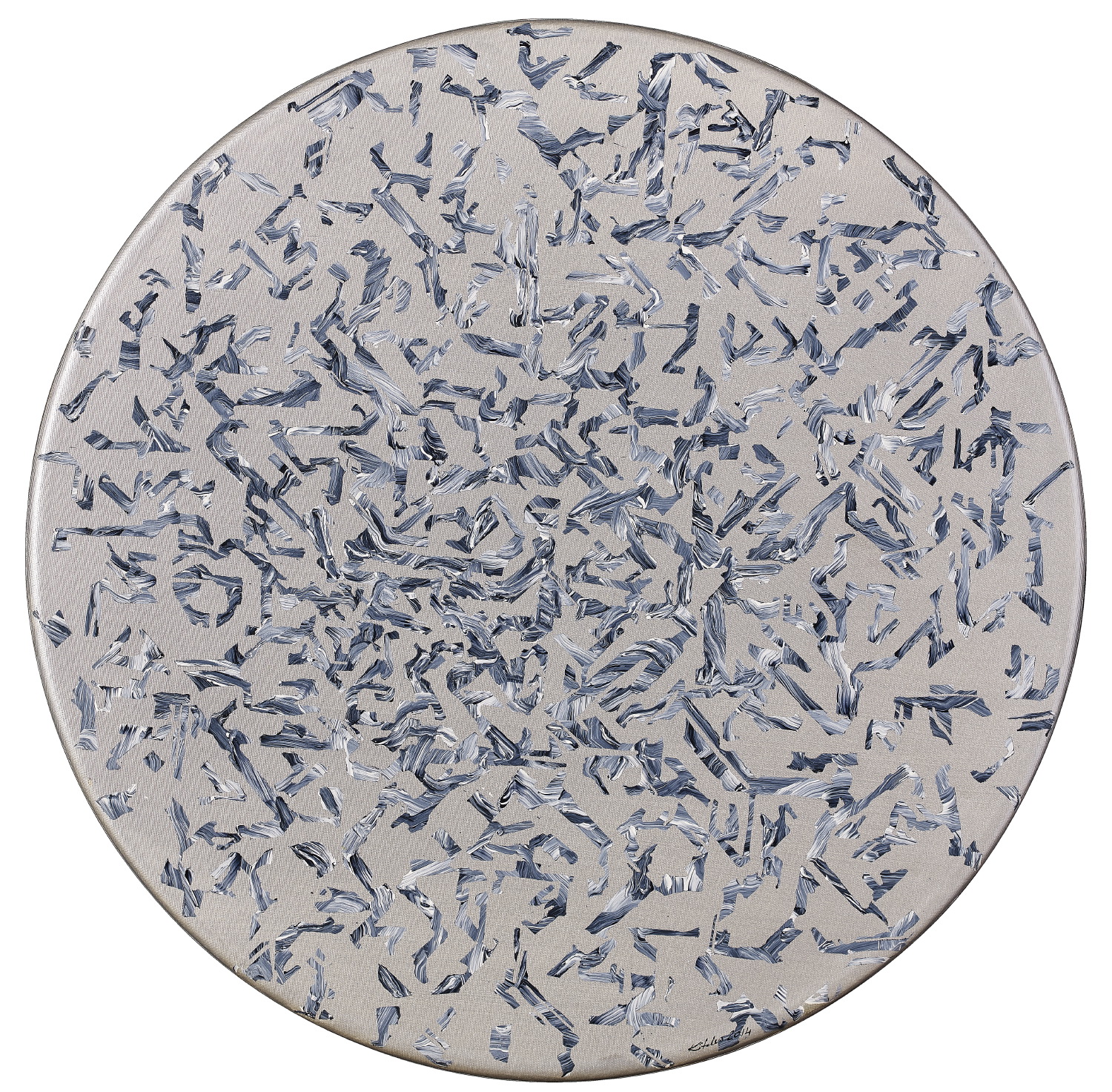