The exhibitions explore the uncanny and the inexpressible, where fear, memory, forgetfulness become part of interdependent cultural and personal histories

The twin-exhibitions Image fantôme are catalyzed by Nadia Lichtig’s artistic residency in Romania, at the invitation of the Goethe Institute Bucharest and Anca Poterașu Gallery, focusing on collaborative artistic practices and dialogue. 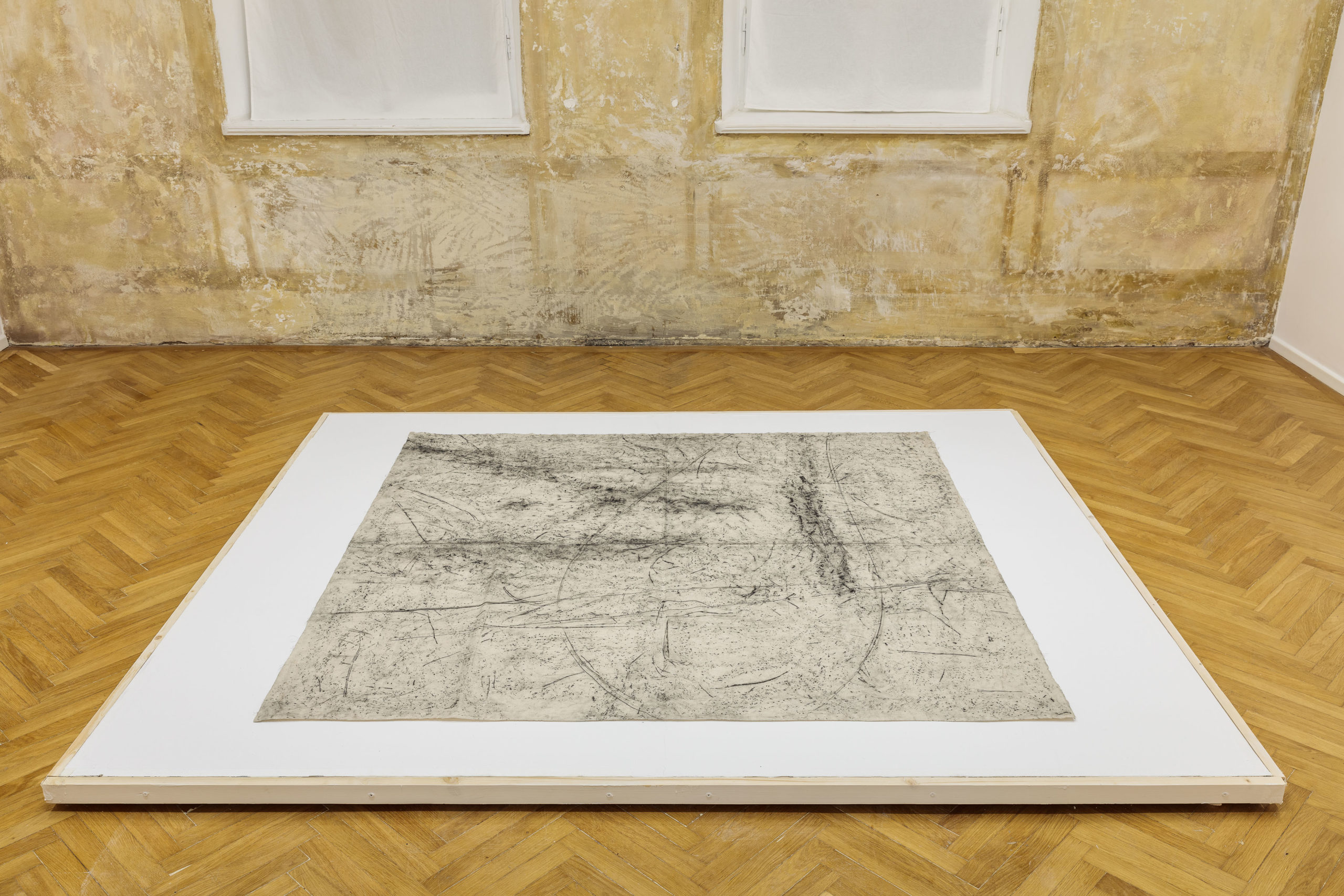 Winding roads, these ghost images are unreliable indexes, yet powerful connectors to past events and/which within the practices of contemporary art relate to the archive as if it were a living entity/archive as a living entity/organism. The relation is further explored in the parallel exhibition at Anca Poterașu Gallery, where Nadia Lichtig enters a dialogue with invited artists Irina Botea Bucan and Jon Dean, Larisa Crunțeanu, Stoyan Dechev, Orit Ishay, Radu Jude, Iosif Király, Anton Roland Laub, Astrid Rottman, Maya Schweizer, Decebal Scriba and Alexandru Solomon, following-up on the idea of registering the invisible in places of memory and absence. 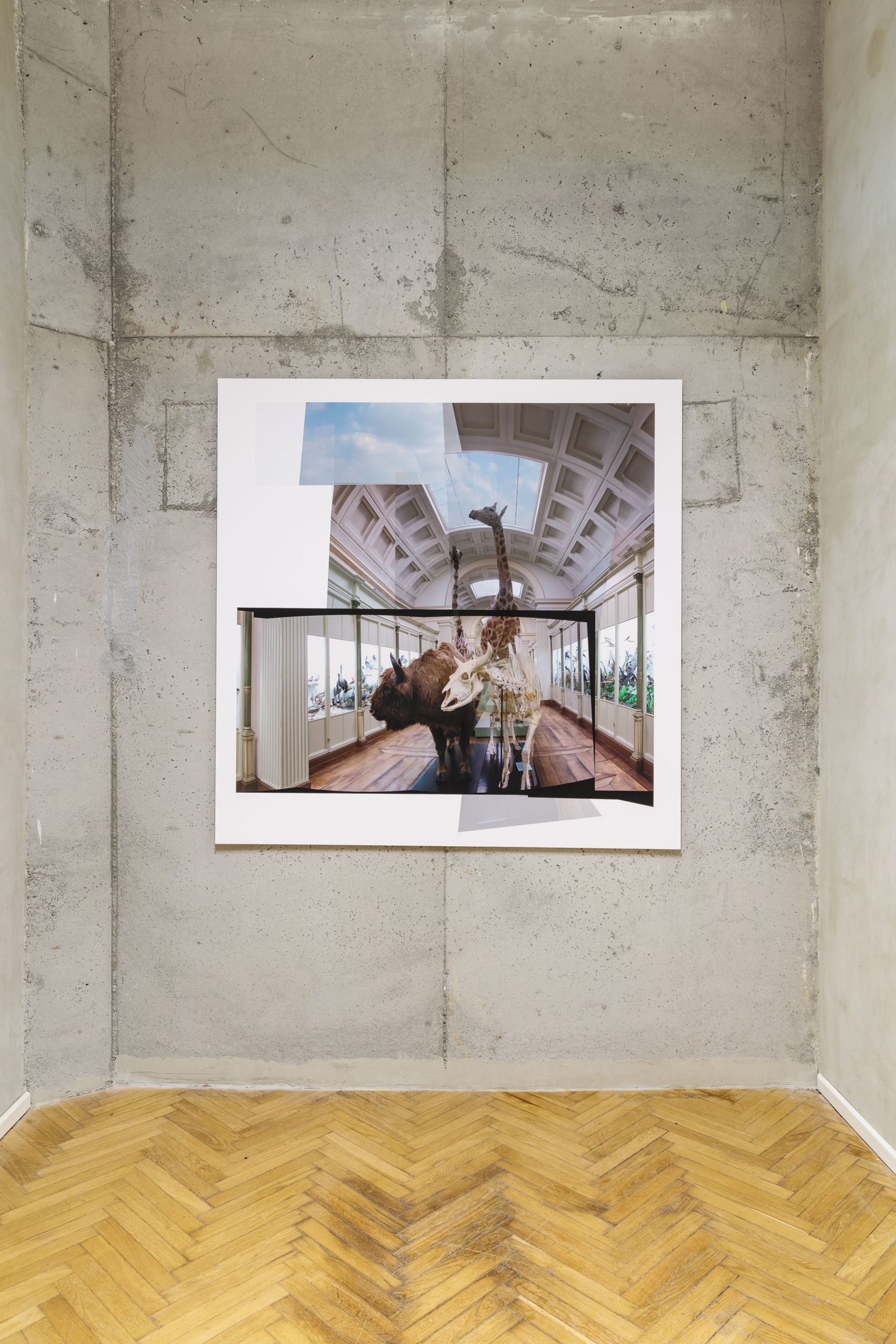 Departing from immediate reality, Aurora Király reconnects what is remembered to what is felt, from translucent moments, to retraced movements in textured thoughts. Sewing, drawing, unravelling, rebuilding become performative actions hidden into the work of memory that feeds into our sense of selves into the world. 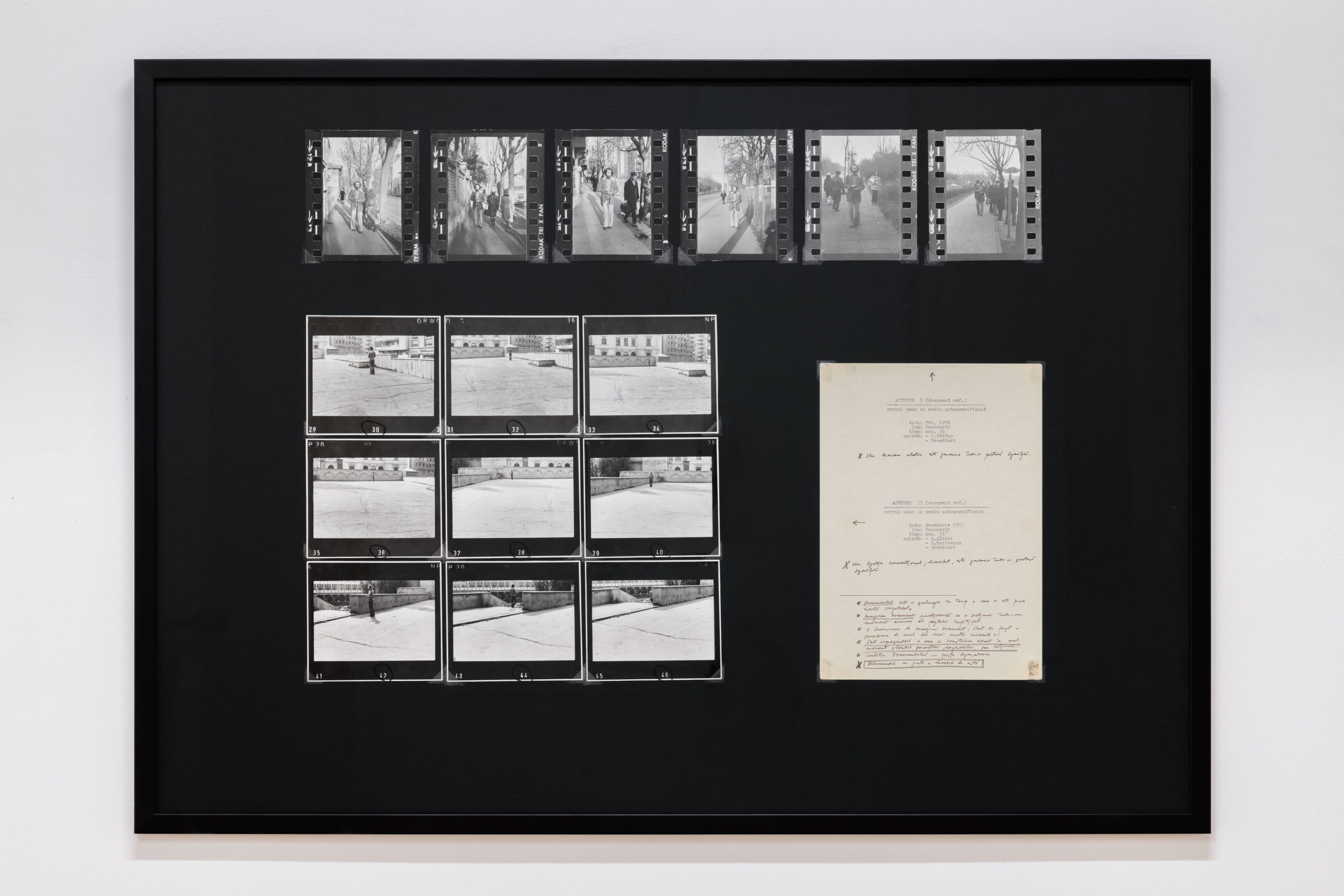 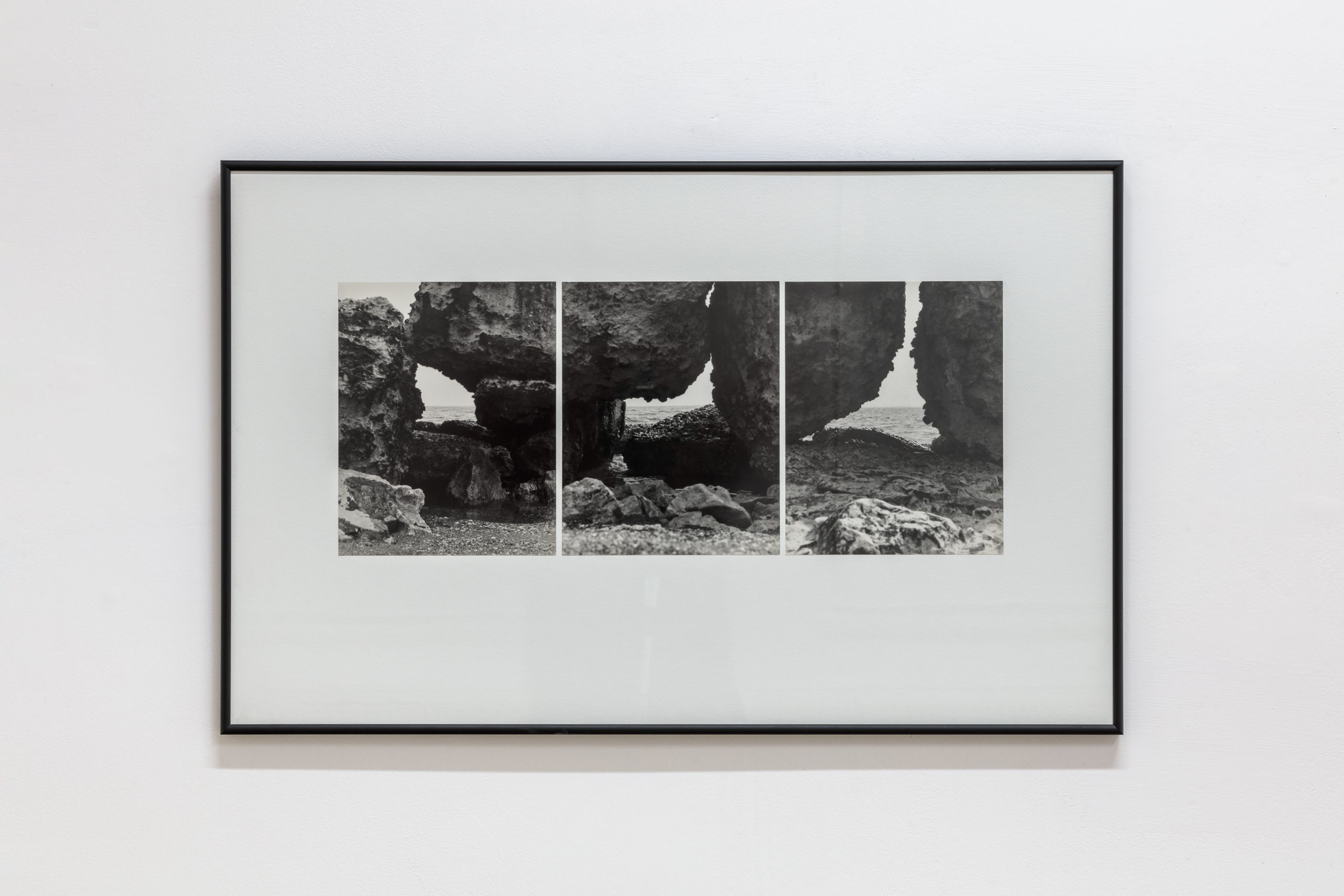 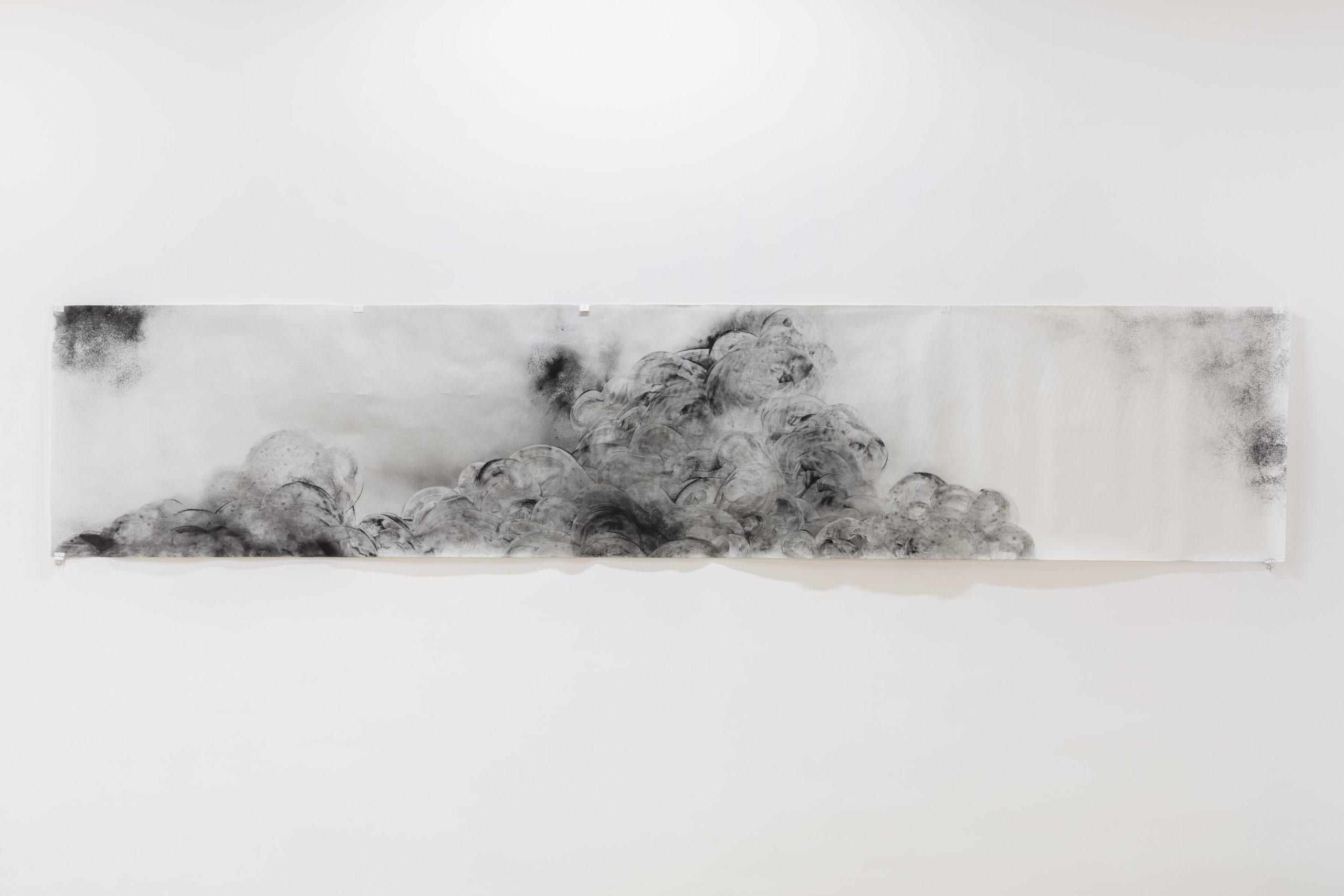 The absence, which is not nothingness, feeds the need of the mind for linearity, of stories that anchor the present. Larisa Crunțeanu’s sound and print installation accentuates the presence of an ever-witness, who observes and reacts, displaces itself and others in order to occupy various perspectives and meanings. A space out of space rendered through the lament song performed by Larisa Crunțeanu is to be an isolating experience through an otherwise shared reflection on death, what comes next, what remains, what is forgotten. If it were possible to imagine an opposite to the concept of absence, it would probably translate through the inability to forget at all, to the point of passive gazes and inactive memories. The phantom image is in this case, an effect of alternate perspectives and histories. In the age of digital media, it becomes an over-condensed nucleus of overlays and disparate contexts that tie in close together, becoming indistinguishable from one another, depersonalized. Iosif Király’s Reconstruction series embodies the digital undercurrent behind virtual contemporary timekeeping, a cloud of persistent memories.

Turning a critical eye towards means of creating and retaining history, Anton Roland Laub and Orit Ishay approach image through its inherent political discourse. Beyond individual and collective wills, memory can be either suppressed or encouraged, subverted through apparent harmless practices of archiving, documenting and production. While Anton Roland Laub focuses on images of memory-sites connected to the Romanian 1989 Revolution and the capacity of objects to retain the affect of events, Orit Ishay displays evidences of propaganda and re-written histories. Remembrance starts as something deeply personal, that infuses and flows, traverses a space between the individual and the collective, echoing back to stories retold. The group show alternates 2 between points of self-reflection and the ability to transmit, share, even as threads of the stories unravel in the unreliable mechanism of time-keeping. Nadia Lichtig’s intervention within the Anca Poterașu gallery space returns to the emotional encounter with these explorations of Image fantôme – either absences, or false witnesses, resounding echoes of the past or reinvented ones.

The artist’s sound installation that accompanies large-canvas drawings, speaks to the living archive – what if any kind of language is an insurmountable limit in dealing with past trauma? How does one commit to memory? Both architect Astrid Rottman and Nadia Lichtig connect in the show on the documentation of Matiatas Carp’s Black Book on the events of the January 1941 pogrom. Through giving a body to the archive, both Lichtig and Rottman are interested in the tear that appears between trauma and the urgency to acknowledge, remember, see. We are left in the exhibition space with times out of joint, and a new kind of fantom image, a stumbling stone that is in need to connect with spaces lived on to remember the places left past. 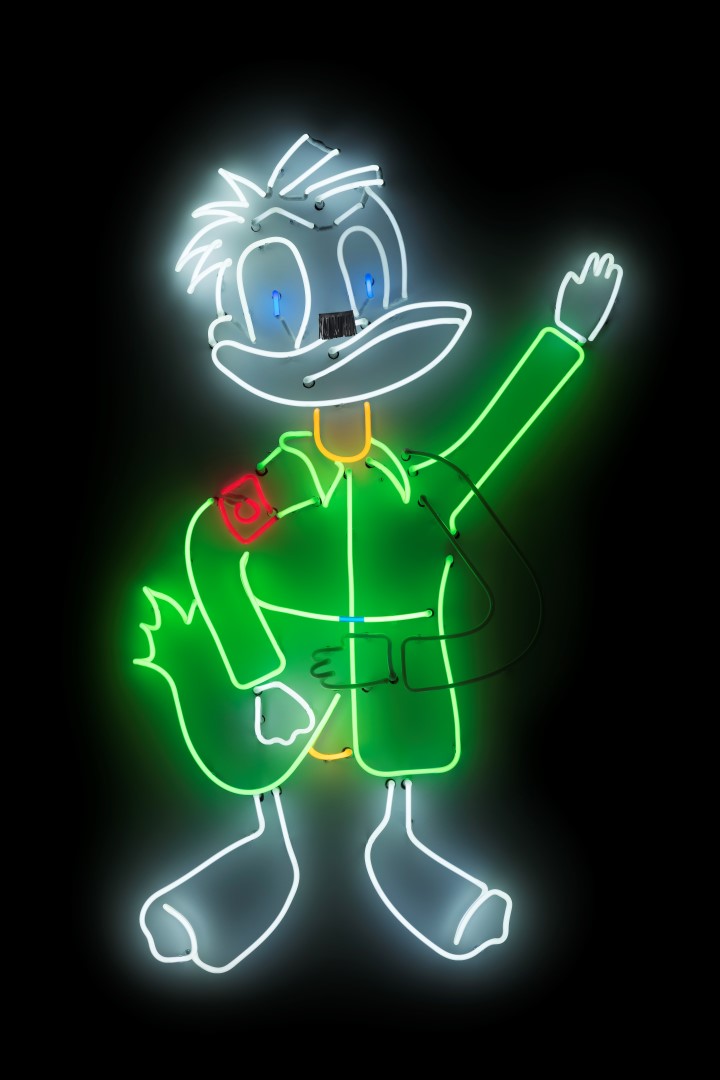 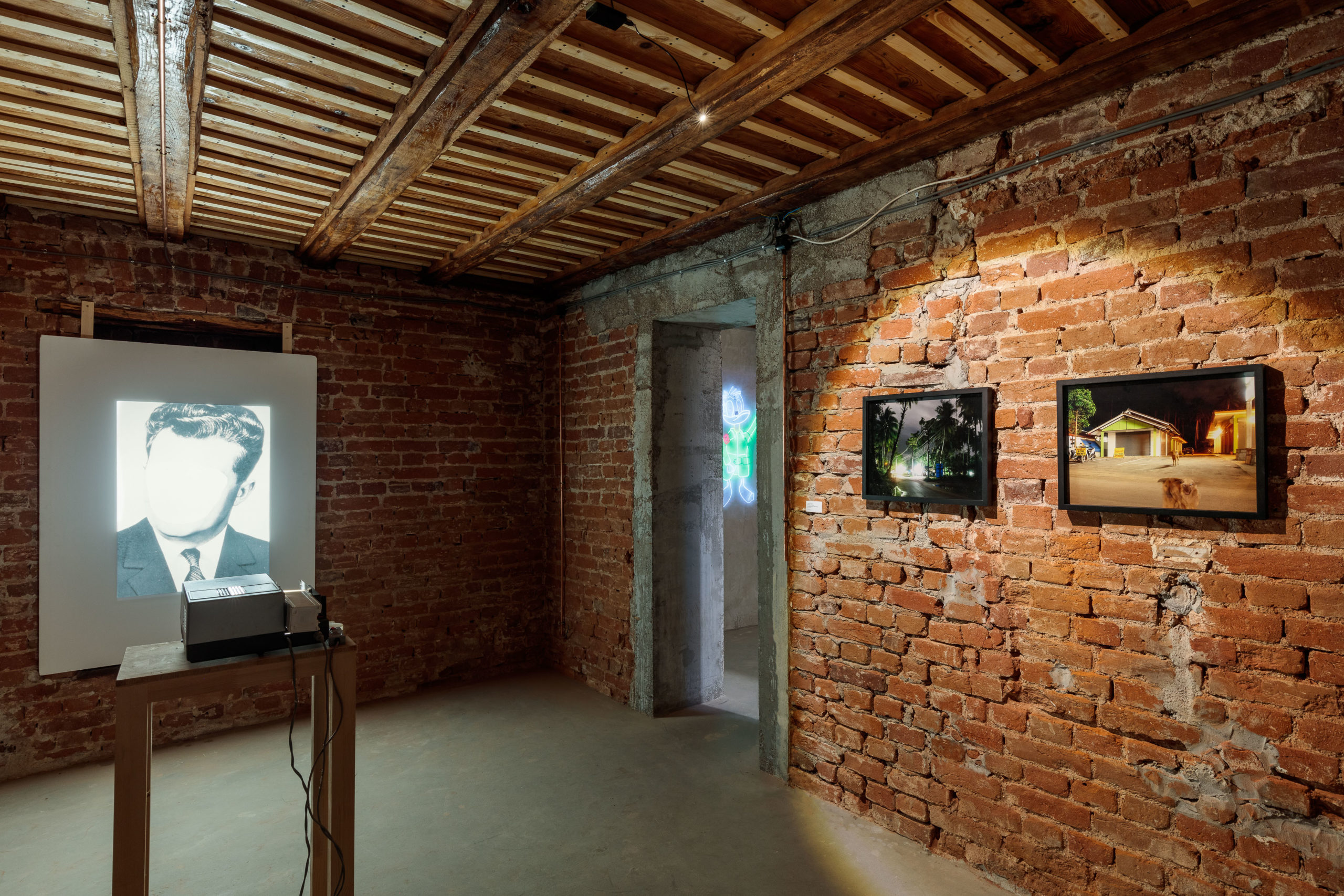 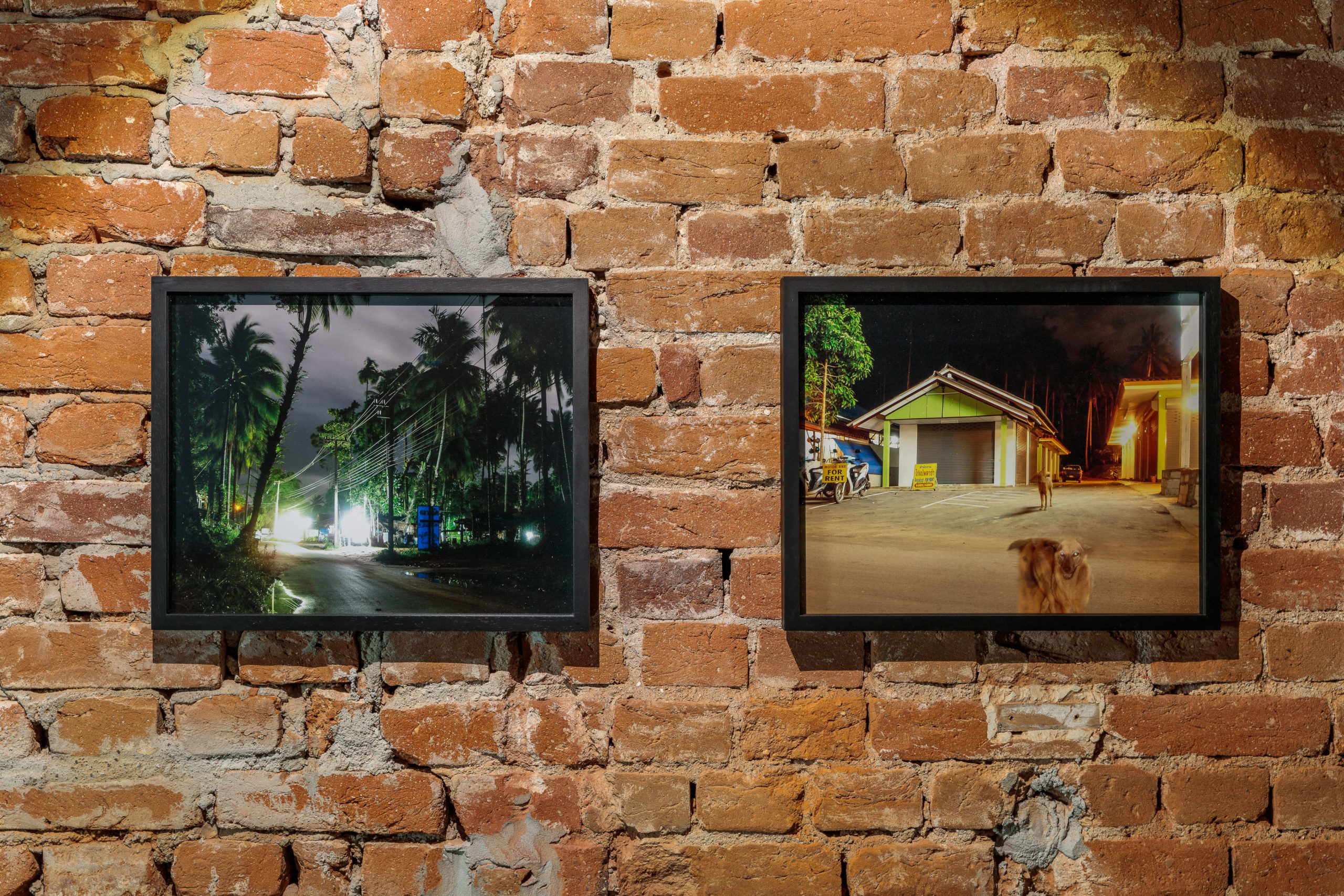 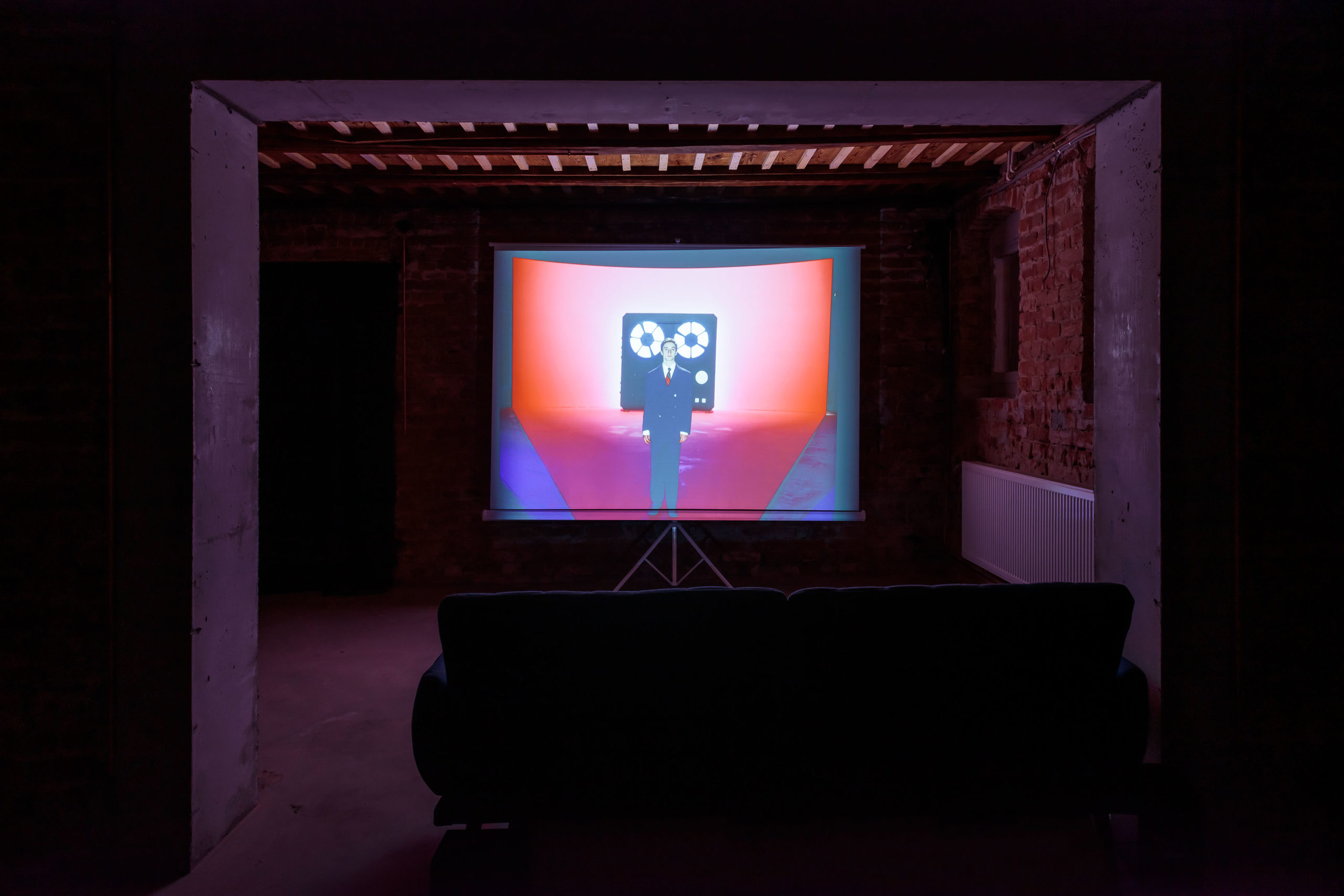 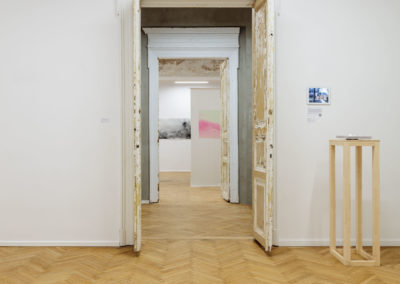 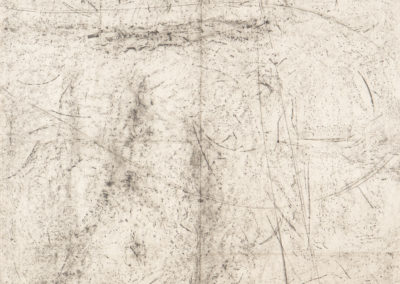 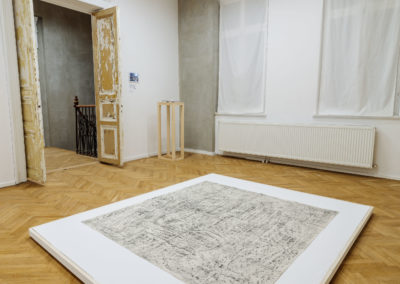 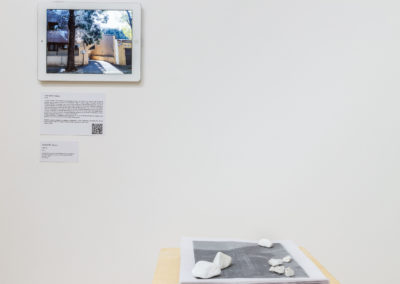 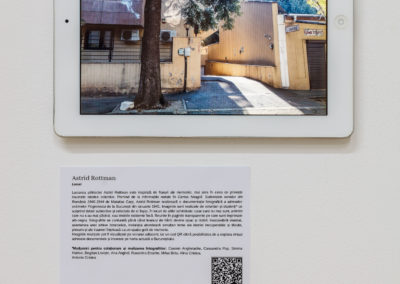 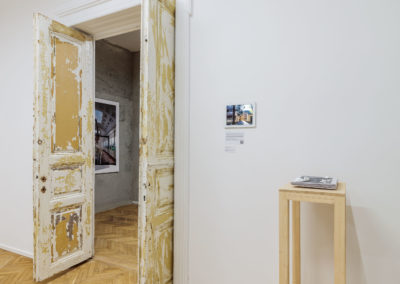 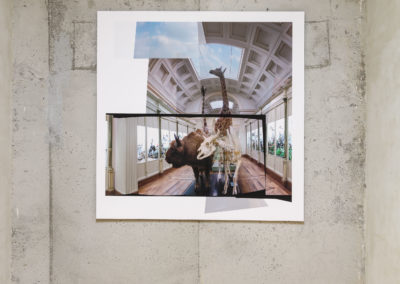 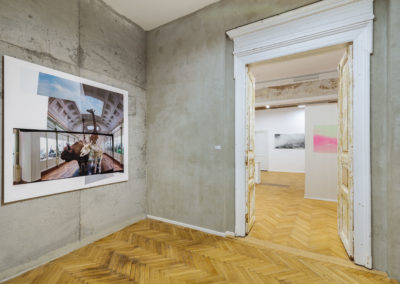 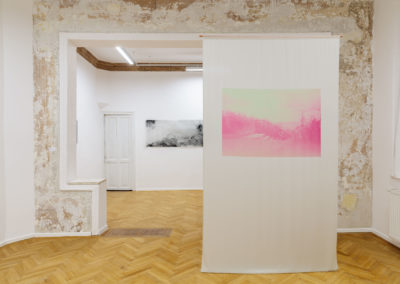 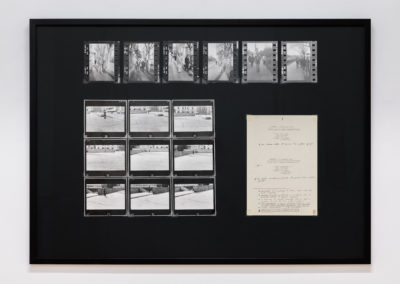 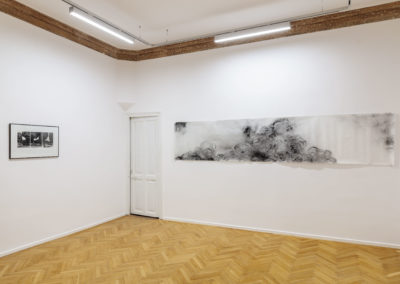 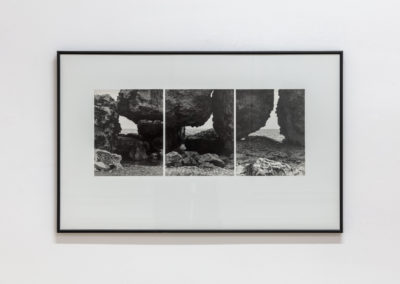 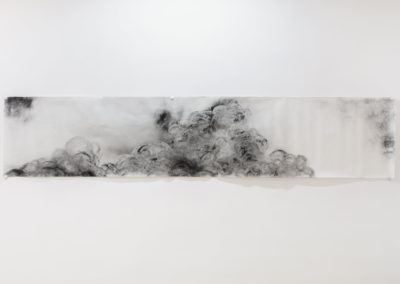 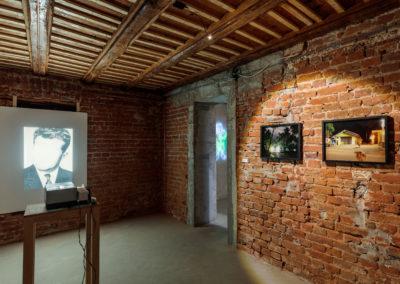 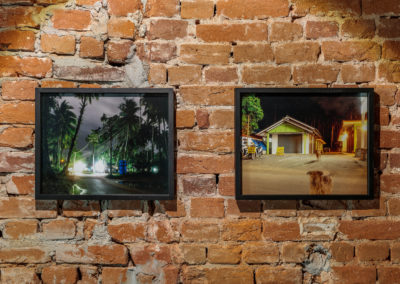 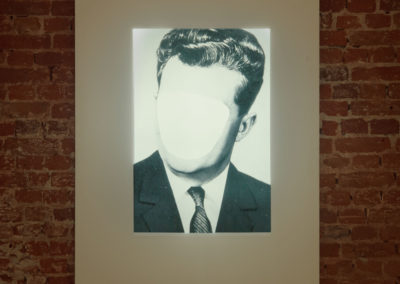 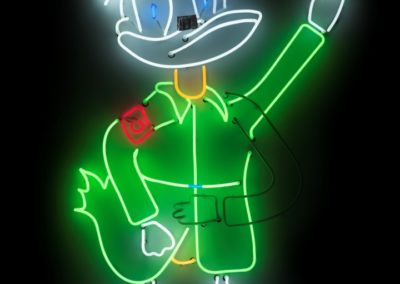 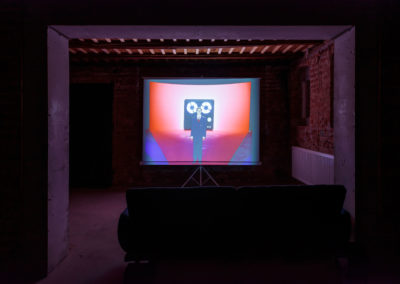