“…takes us back to a time before digitalisation, when taking photos of leisure time was itself a lively free-time activity. .”

Leisure Life, Hosu’s first solo exhibition in Bucharest, comprises oil paintings, charcoal drawings and oil-and-charcoal hybrids. His charcoal drawings are themselves reminiscent of photographic negatives, as if light and dark have been interchanged, as if we’re looking at night-time shots, the lighting and motifs suggestive of ominousness and enigma respectively. This stands in contrast to the summery colours of the oil paintings. 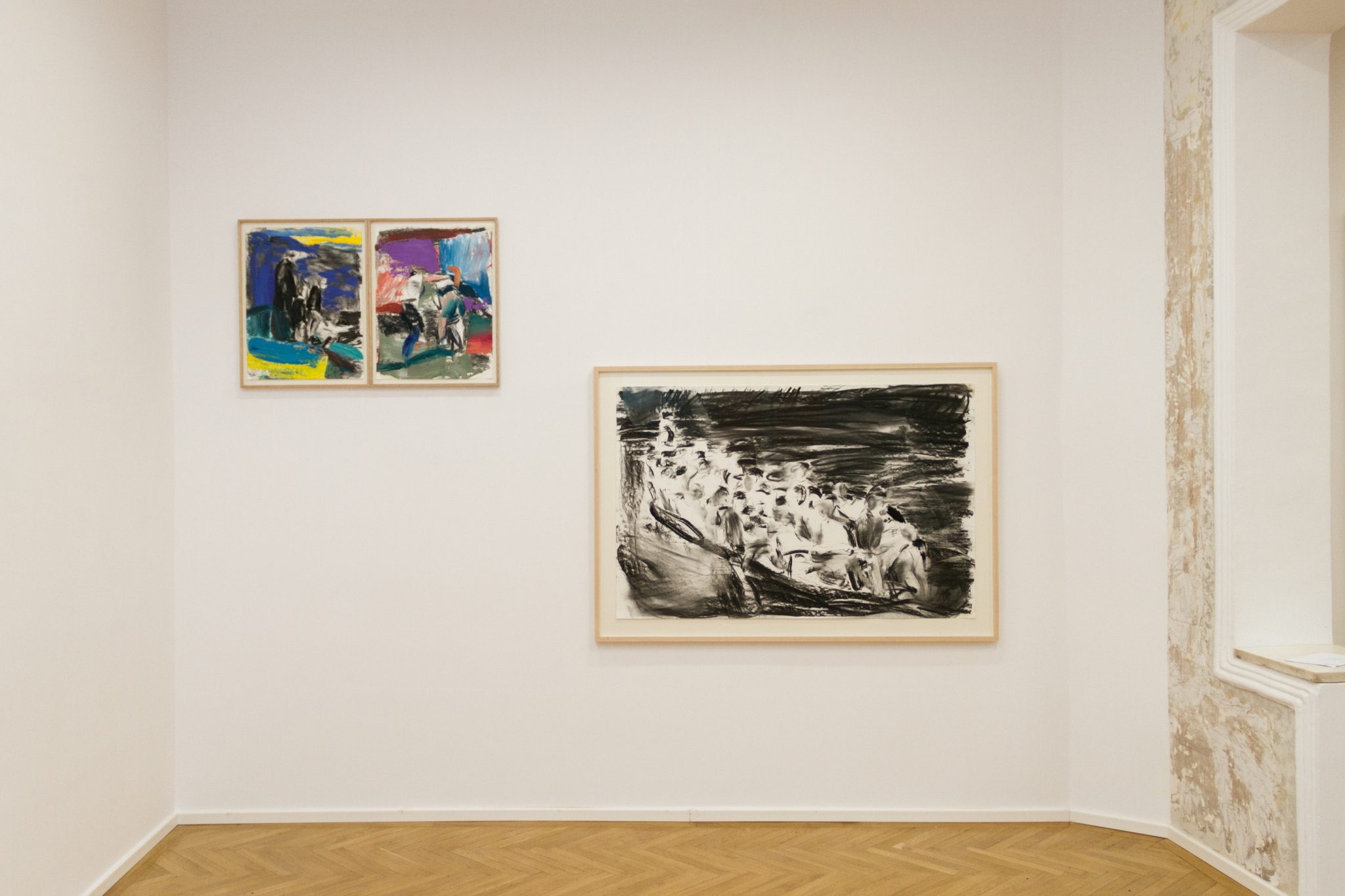 “…the body in the landscape. Some of Hosu’s works resemble studies in which he is focusing on key gestures and the interplay of human beings and nature” 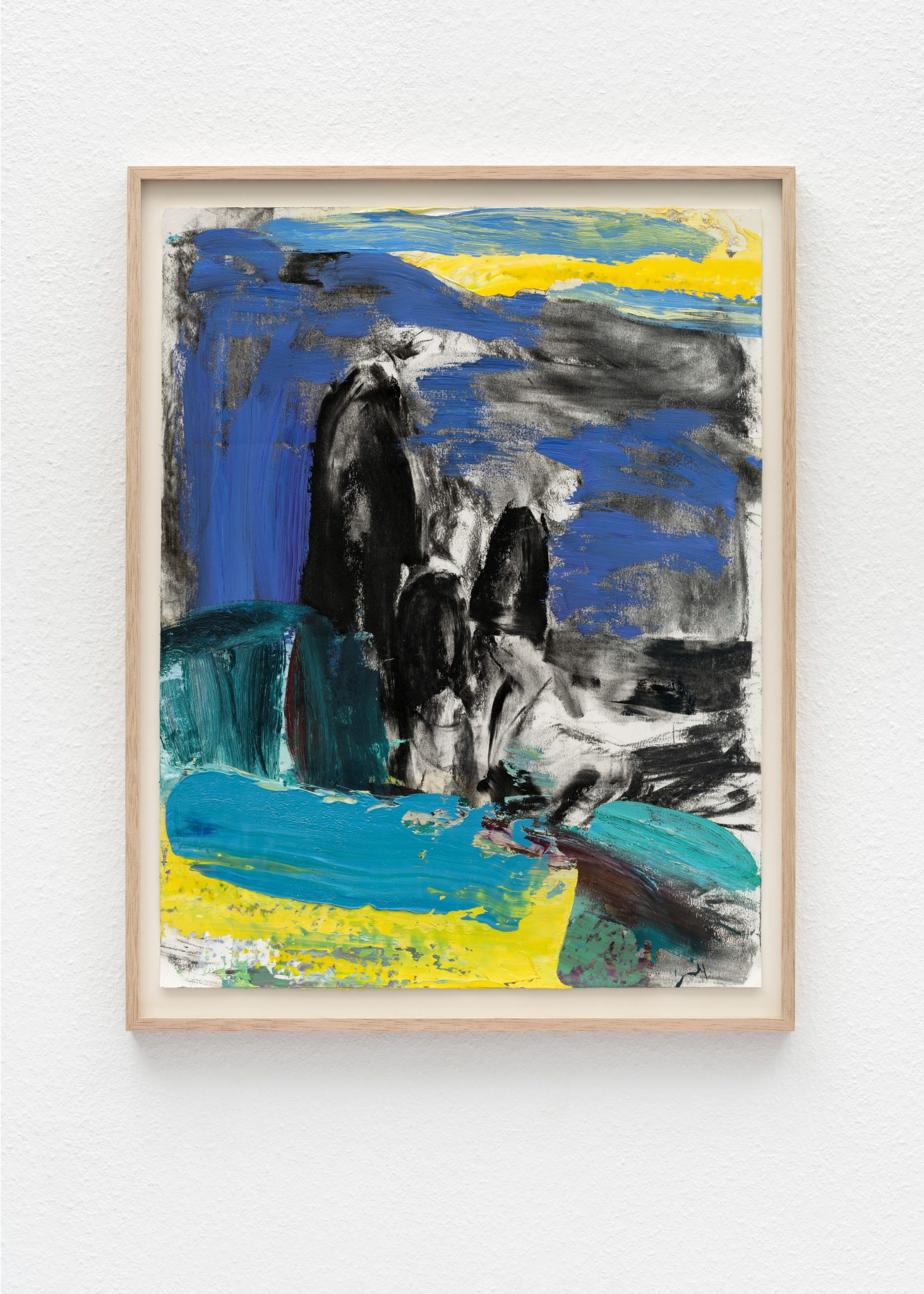 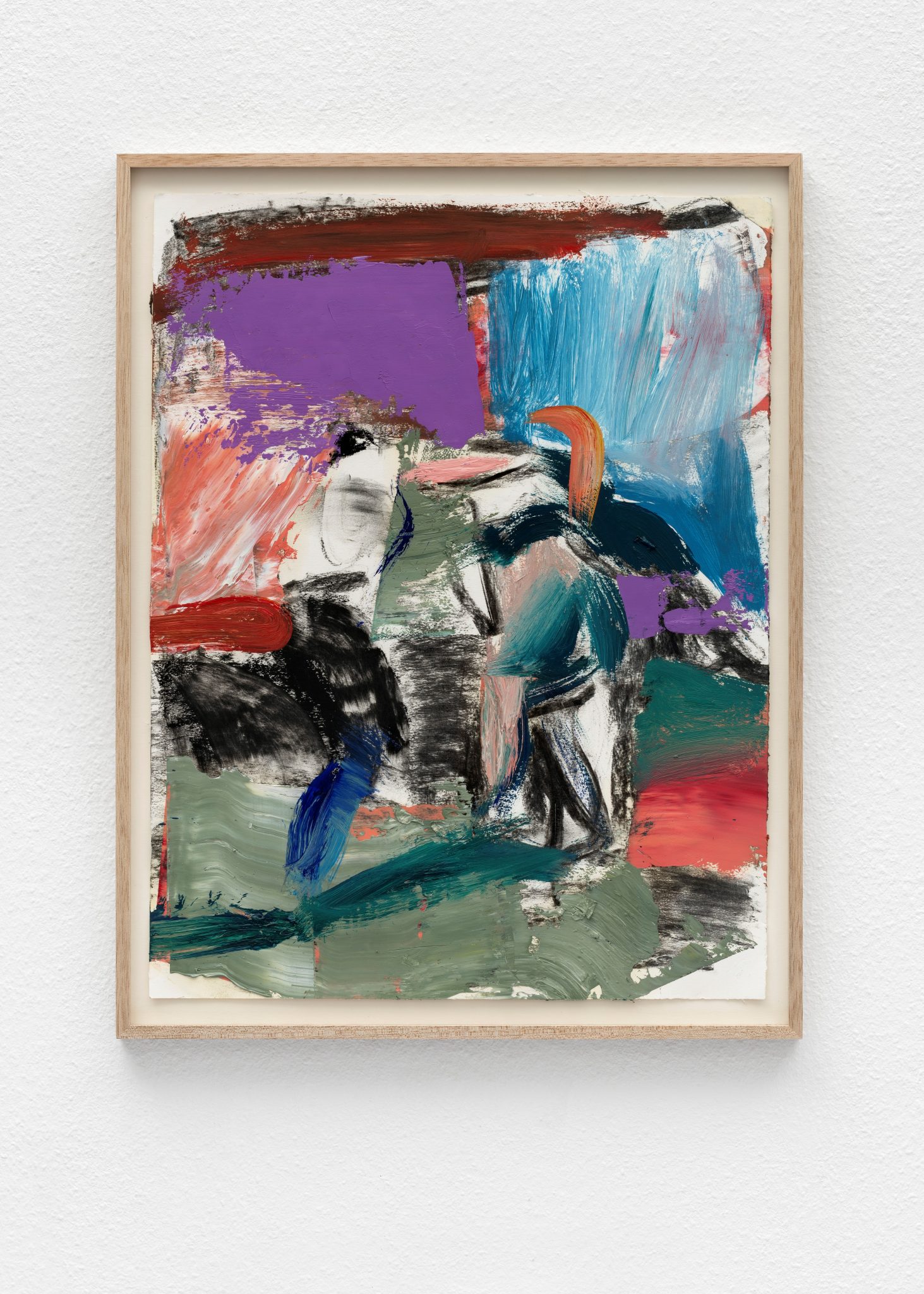 His charcoal drawings are themselves reminiscent of photographic negatives, as if light and dark have been interchanged, as if we’re looking at night-time shots, the lighting and motifs suggestive of ominousness and enigma respectively. This stands in contrast to the summery colours of the oil paintings. Hosu’s works reveal a fragmentary approach when working with the family photos’ motifs. On closer inspection, it is individual limbs that stand out against the background, abstractions that convey movement, rest or the exertion of strength. His figures are in motion, but far from seeing their physicality dissolve into abstraction completely, the tension persists, arising as it does from the physical presence of the paintings and drawings, the application of paint with brush and knife, and the charcoal wipe technique. The life-size formats shift our attention from the world of the medium to the space that is occupied by the viewer. We become the focus – less the observing subject and more the object of self-observation.

Tug of war is a recurring motif in Hosu’s works, for example in On green floor III (2019), Playground III (2019) or Playground I (2016). Playing tug of war as a competitive team sport takes us back to the 60s and 70s photographs. These photos offer a view of leisure time in the former East Berlin in the GDR era, between idylls in – and proximity to – nature on the one hand, but also control on the other, how even one’s leisure life was organised and timetabled by the state. An additional, political level now emerges. Is leisure time to be thought of as resistant, as an act of political resistance in an everyday life coloured by constant production and consumption? Or does it conversely serve productivity? Does it serve only to make us more efficient?

In any case, the attempt to return to nature appears to be in vain, even if the body strives towards it; indeed it is precisely athletes who try without success to match an image or ideal, but which only results in a further layer of detachment from nature. It is only the appearance of a dream image or virtual image that remains. Is there still nature to which we, as humans, belong? Or is this now a faded memory, irrevocably lost? In Leisure Life, bodies remain in motion, just as memories either fade or reappear regularly in a new light over the course of time. The exhibition is less about the factuality of what is now past and more about our perception, our reaction to what has been handed down. 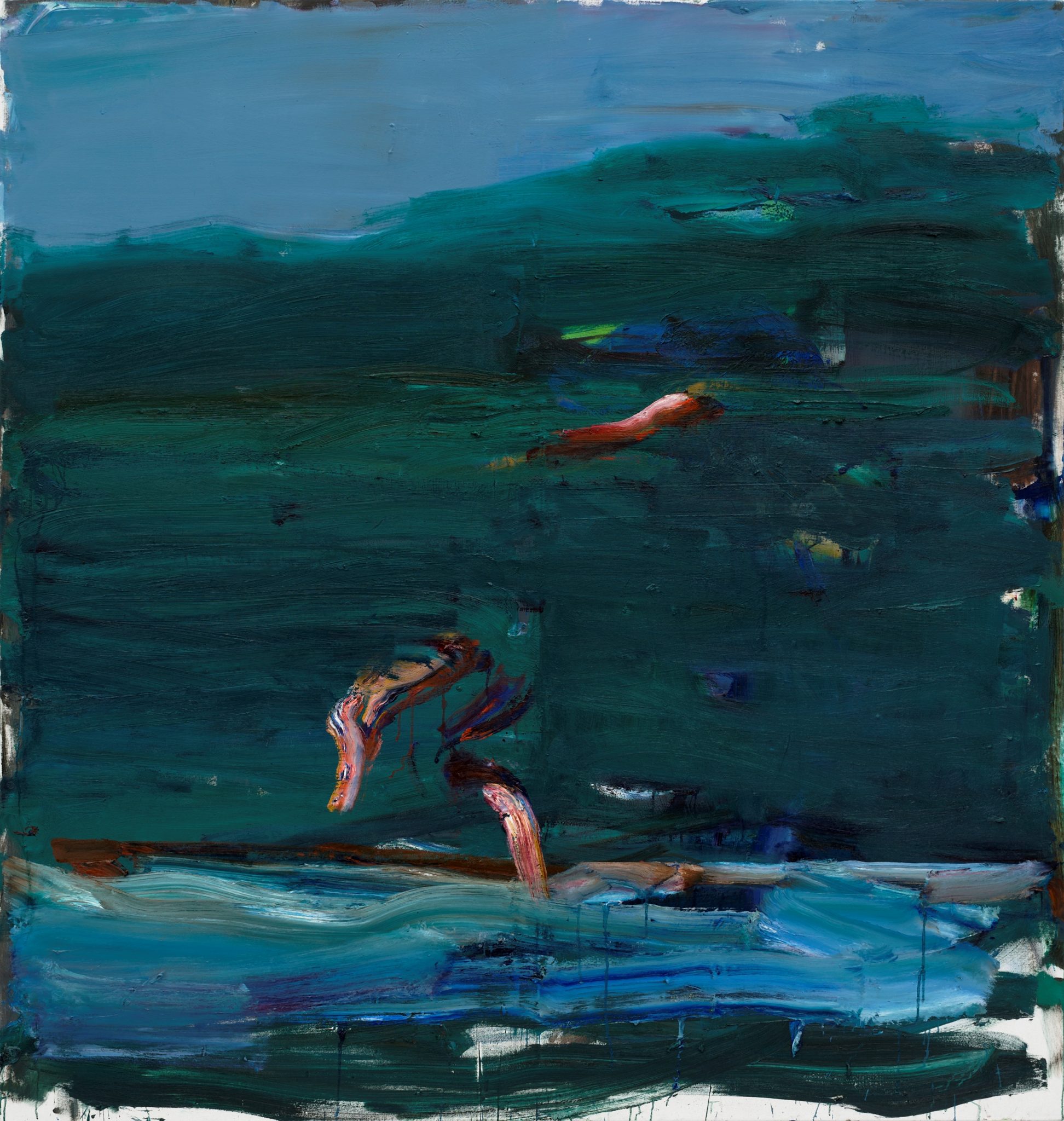 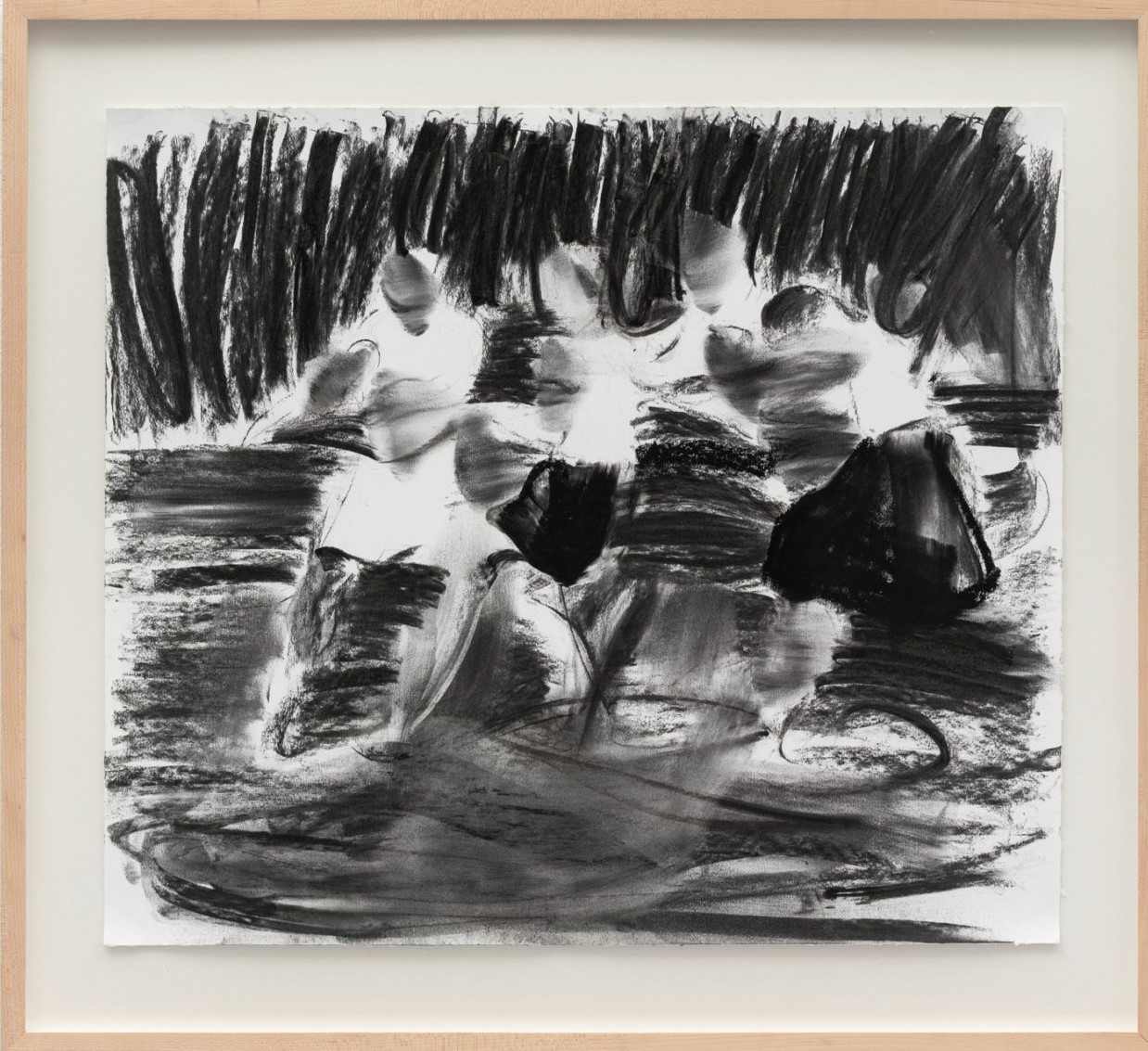 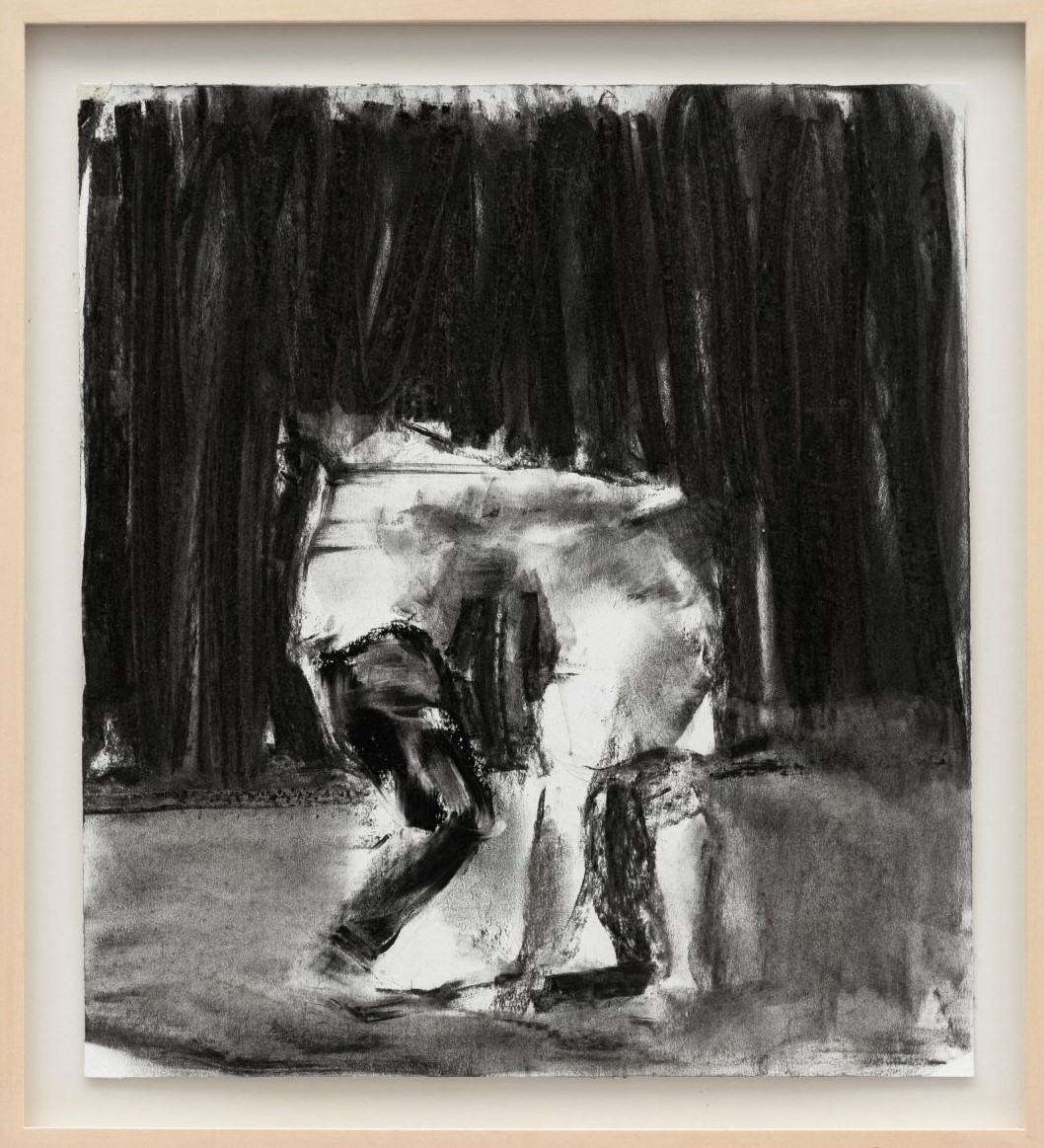 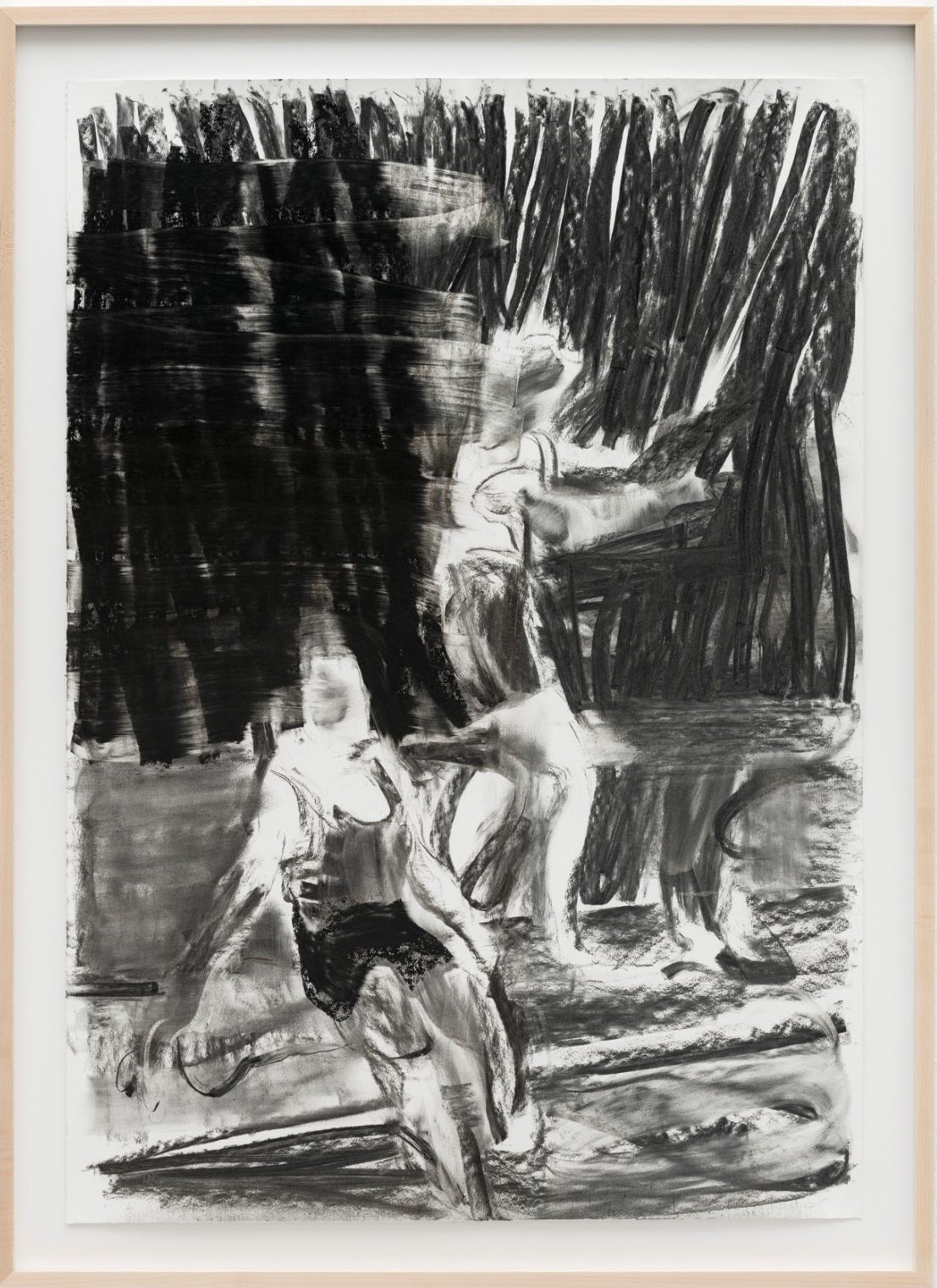 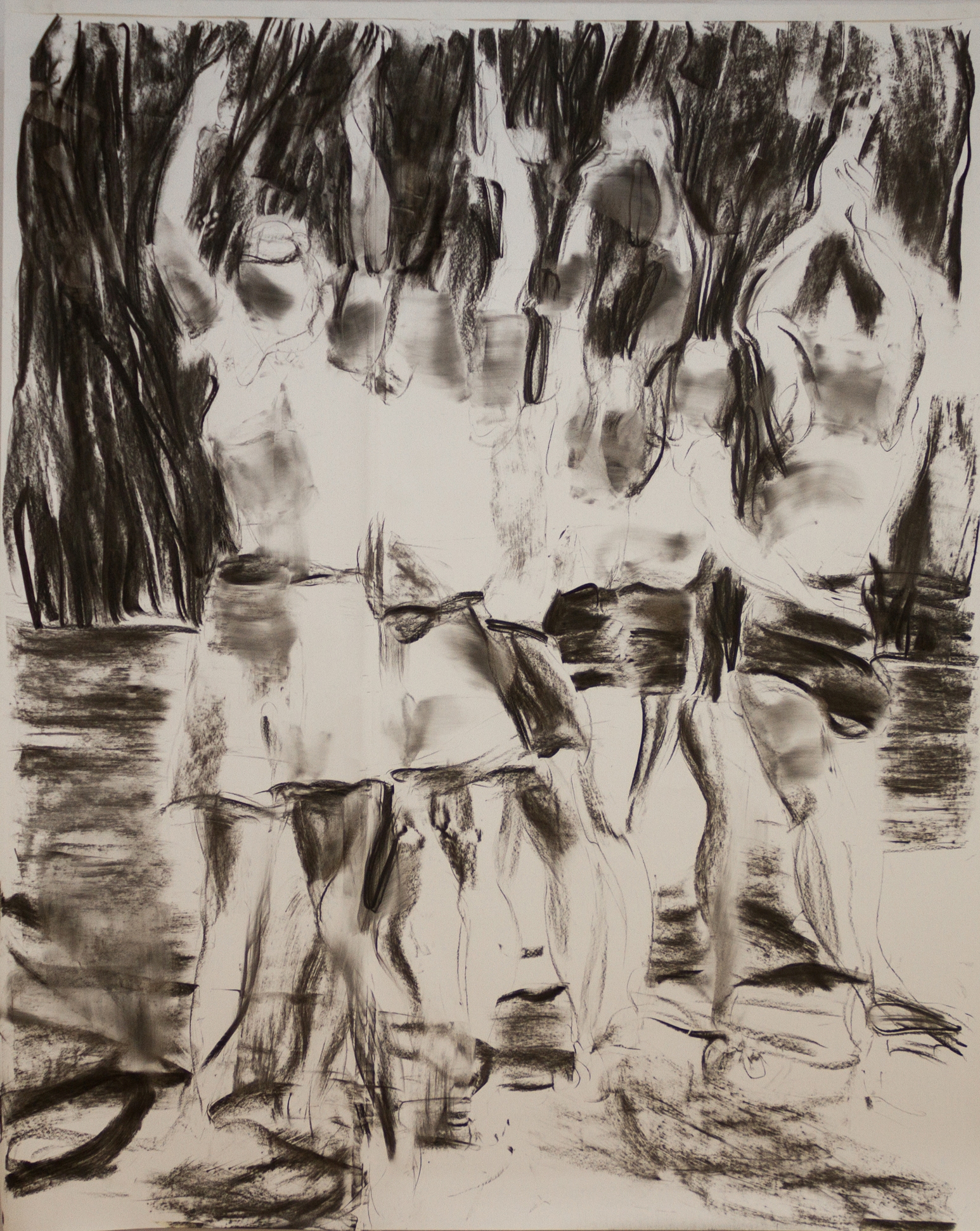 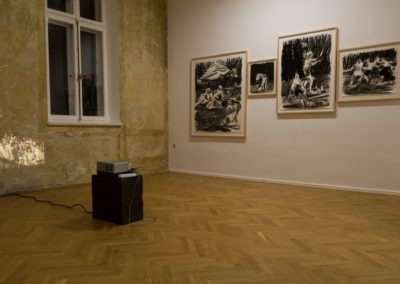 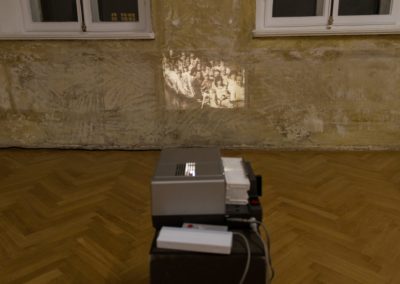 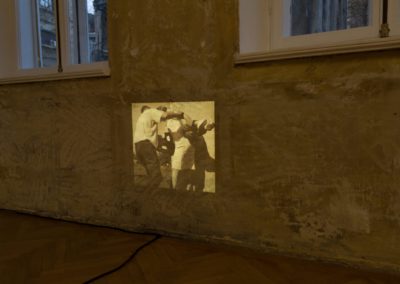 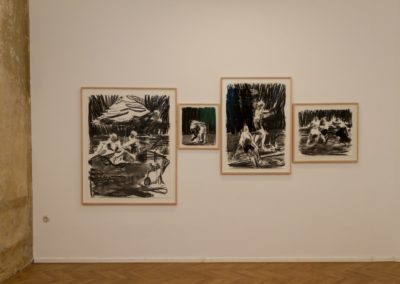 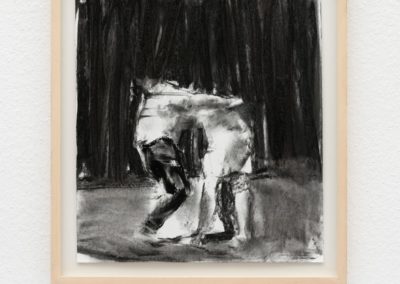 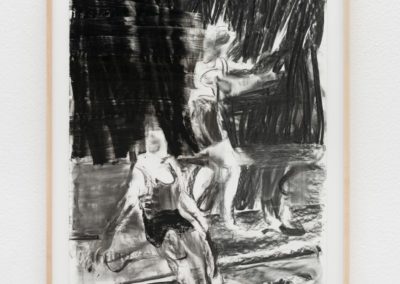 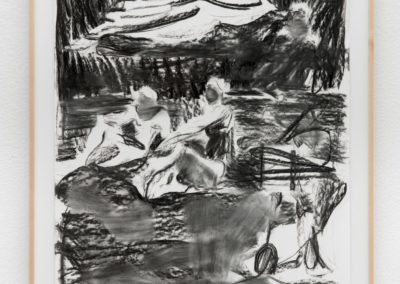 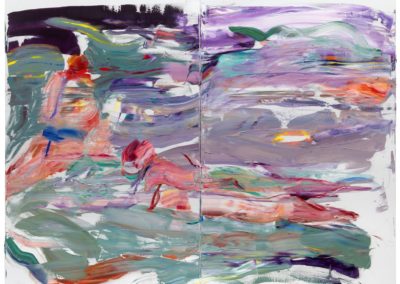 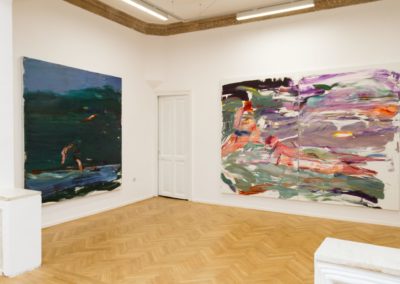 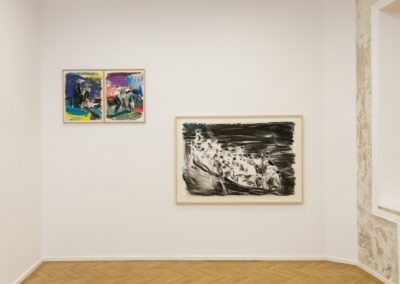 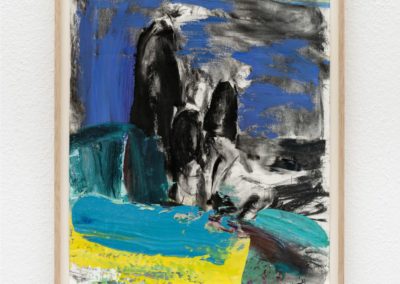 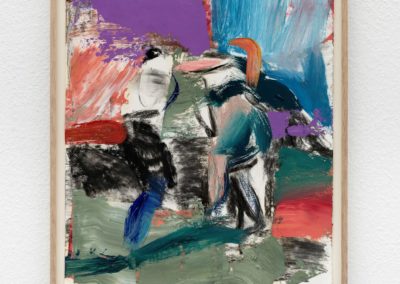 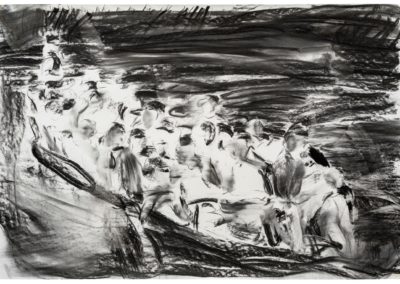 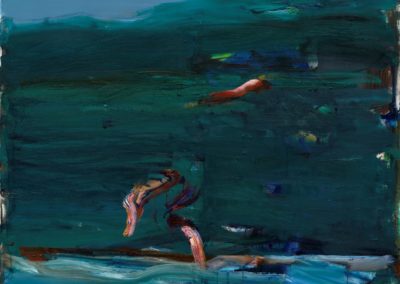 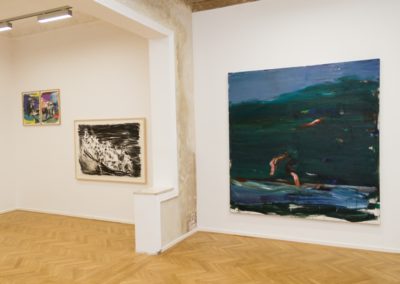 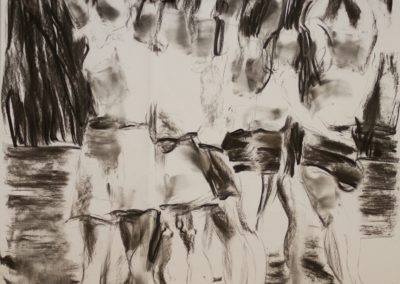 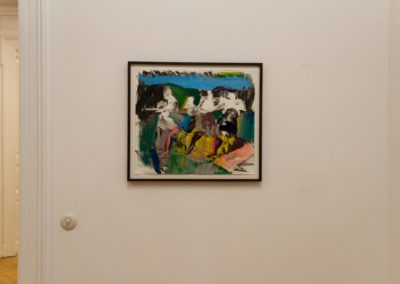 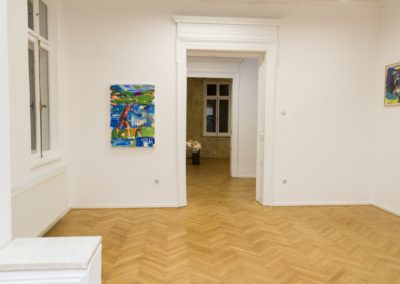 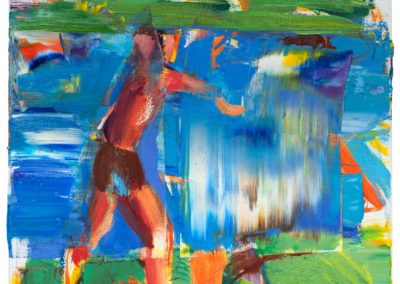 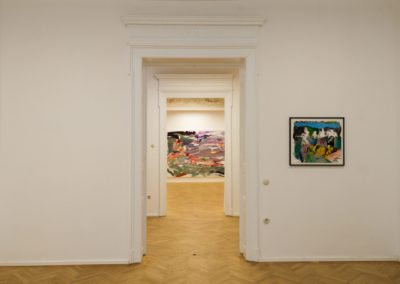 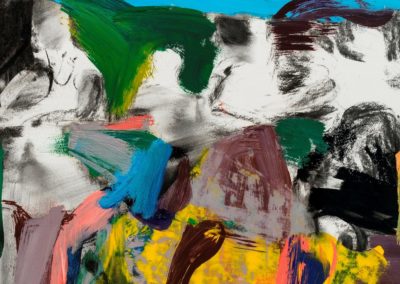