Matei Bejenaru’s artistic approach involves an in-depth questioning of social values and shifting paradigms in systems of economic production, mentalities and lifestyles. Working with photography, but also video, performance and installations the artist is preoccupied with the ethic of representation in his numerous documentary projects alongside a continuous interest on how the photographical images are formed and how they inform our world. 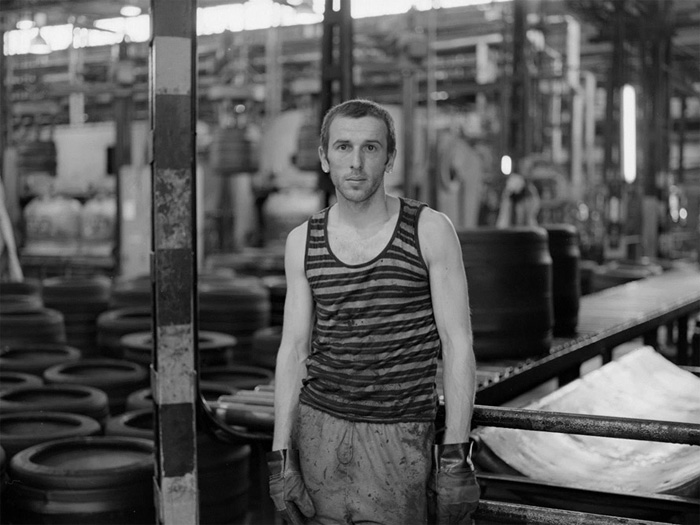 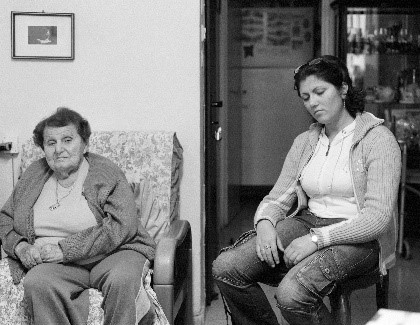 The solo-show Same Histories features two series of Matei Bejenaru’s works, spanning over a time period of five years during which Romania became a part of the European Union in 2007. The installation work Enlarged Clothing (2005) and the selection of photographs from the M3: Work, Memory, Movement (2008 – 2010) continue to map out a recognizable story to recent international debates on work migration and the exploitation of cheap labour.

In 2003, Romania was the leading European exporter of textiles to the EU market, with most of the clothing production taking place under the ”Lohn system”, which took advantage of the low labour force costs and the remaining industrial infrastructure of the former communist regime. With Romania entering the European Union in 2007, the Lohn system of production continued to extend to other, more cost-effective areas in Europe regarding the labour force, to countries such as Ukraine or Republic of Moldova. Through the Clothes Enlargement art project, Matei Bejenaru devised an algorithm which shows how large the clothes should have been in rapport with more equitable pay at the time.

In search for better work conditions, better salaries and opportunities, many workers from Eastern European left their countries to work abroad. Matei Bejenaru’s photographical works frtom the M3 series have a well-defined documentary value, but they also explore types of representation of labour, avoiding the propagandistic approach exercised during the communist regime in Romania, for example. The works reveal the pitfalls in understanding labour in the past and its ongoing consequences now. By tracing nowadays living conditions and work environments Matei Bejenaru draws attention over the way that history keeps either repeating or continuously creating the same instances, in need of a lucid contextualization amidst formal movements and migration processes. 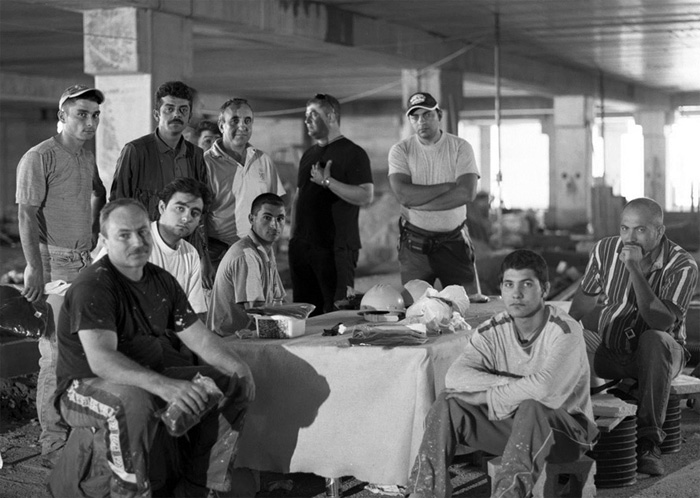 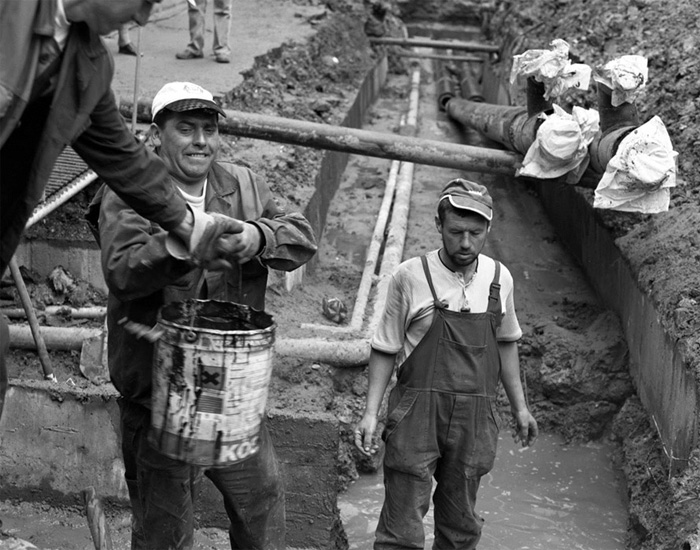 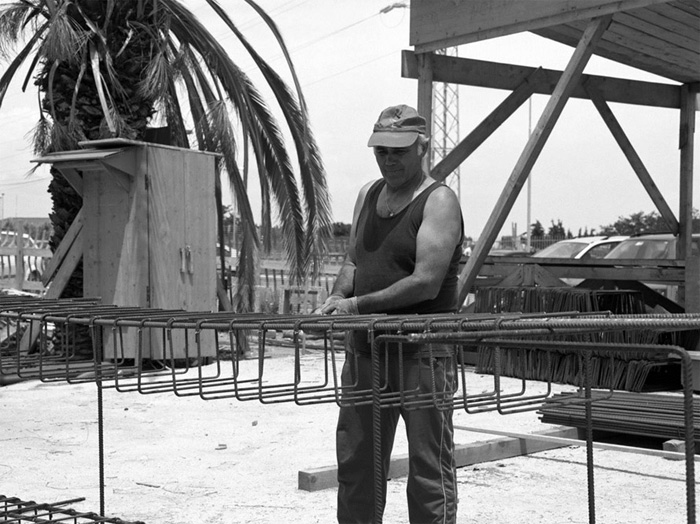 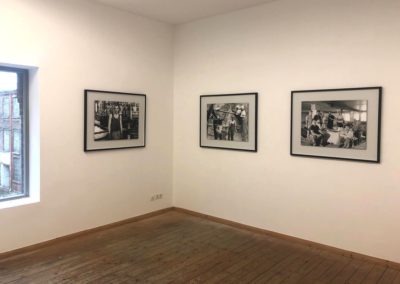 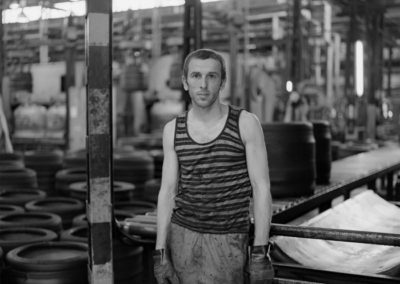 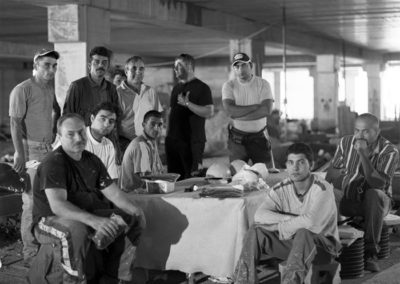 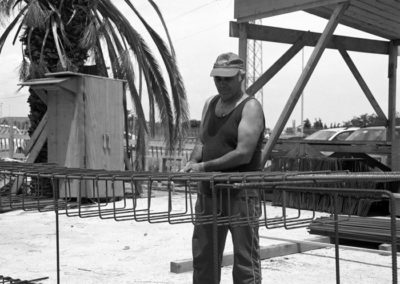 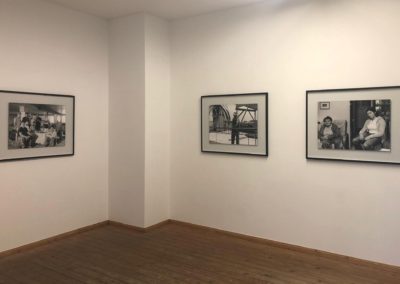 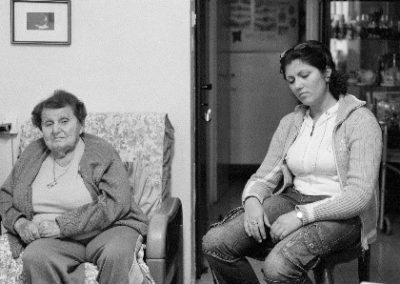 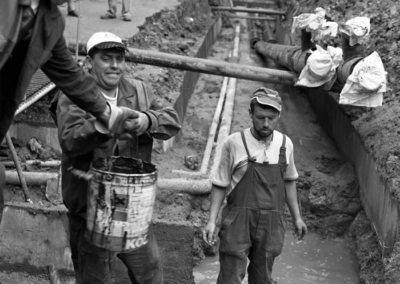 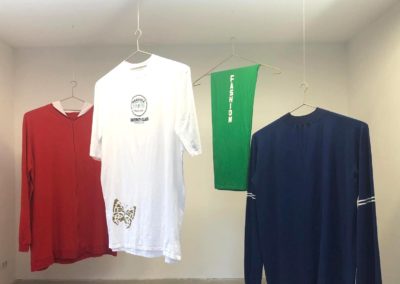 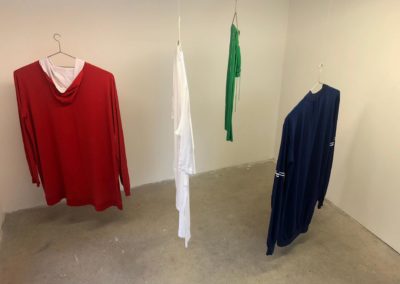