“I’m interested in building portals, not works of art”

Radio: the act of communicating meaning at first hearing through the process of transmitting words, sounds and silence „in time‟… from an official House of Radio to the shared courtyard of individual homes. 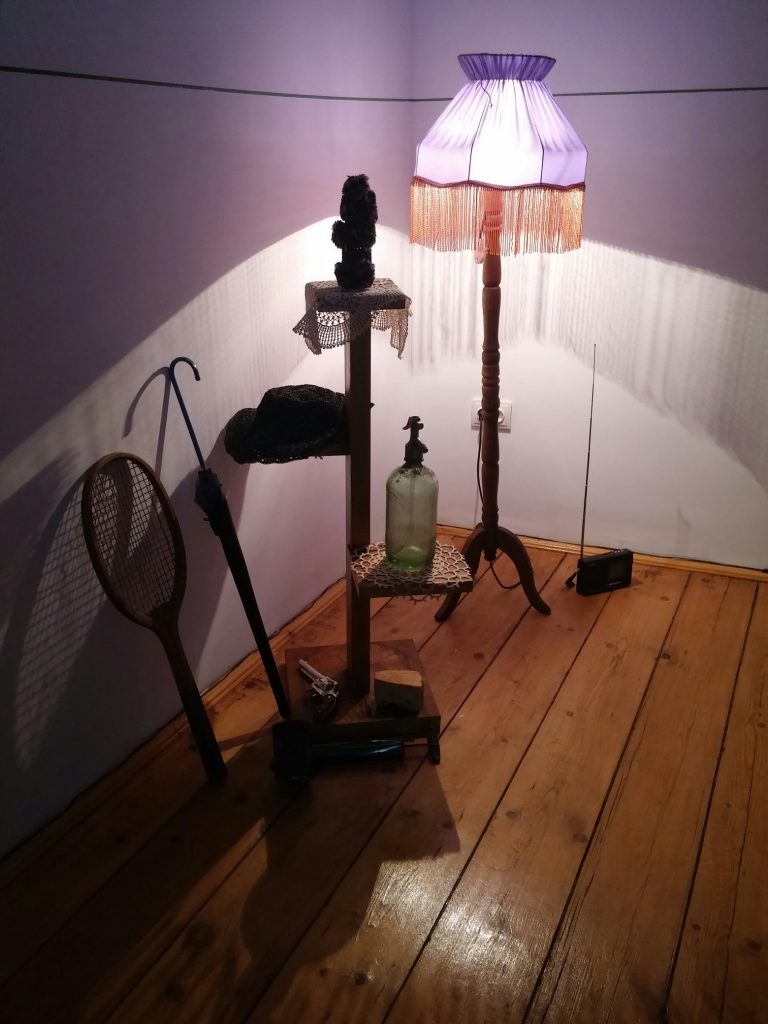 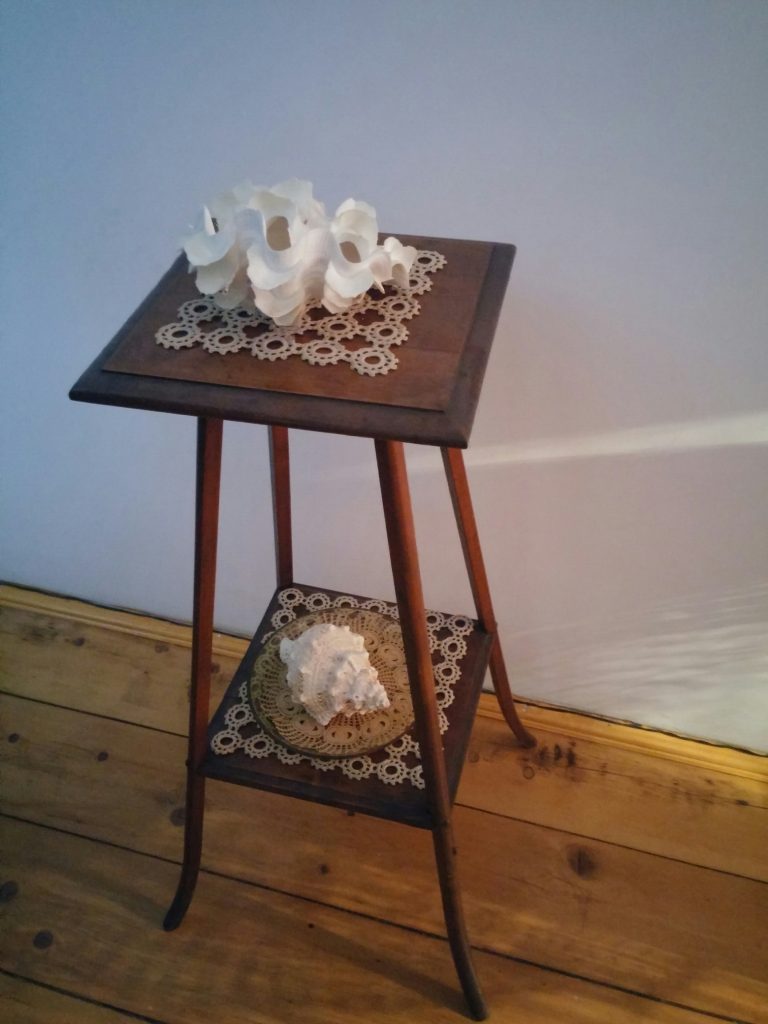 A recording booth, a video screening room, a living room, a sound-proof corridor connecting all these spaces. Sounds envelop the place. Testimonials, histories, recollections, vague noises, failed sonic attempts, pieces of sound cut off in the air – they’re all making you feel like you‟re in the agora, in the domestic space of a home, or a protective shell. You glide between sounds and walk naturally into their intimacy. With your physical presence, you embody the voices; you are their body.

Each bodiless voice will meet the real voices of the visitors, those of the exhibition’s neighbours, voices from the house’s indoor garden and voices of the school children across the street. Sounds come close and complement each other; they grow and turn into something different. The House of Radio is at the core of this exhibition project. Without occupying a central place in the exhibition, it ineffably infiltrates it, just as the radio enters homes and frees imagination.

The radio theatre places you in the middle of the action, inside stories for children, you recognise voices, you even know their slightest inflexions. The story of a mighty Radio House: intimidating here and there, yet able at any time to recreate intimacy, the story of an inn-house with guests that come, stop for longer or shorter periods of time, touch its walls with their stories and then go on their way. A living room with two armchairs, lampshades, a TV set placed centrally and many voices that come from the four corners of the room like patron deities of the house. What is, I wonder, the role of the TV set, and also what do the voices tell to one another/ to you?

The domination of the visual, of the spectacle technologies, finds a counterpoint: sound. Imagination comes on radio waves and migrates into your home, just like radical thoughts do. Radio is ideology and propaganda, just as it is healing and creation. It is poison and antidote. Radio is the place for parole in libertà (Marinetti), just as it is a medium of manipulation, of political ideology, harshly criticised by Bertolt Brecht or Rudolf Arnheim. Radio, as Brecht recommended, must know how to transmit but also how to receive, how to listen, how to keep away from isolation and build a relation. Radio must know how to give a voice to the multiple voices. Radio recreates presence, proximity and imagination. It creates communities, those unrepresentable communities from Agamben’s La comunità che viene.

An exhibition open to communication, an exhibition about people, about imaginary theatre stages, about sound sources, about a clump of magnetic tape that may sound like an endless autumn forest when squeezed in one’s hands. With the outstanding contribution of actress Alexandrina Halic and director Vasile Manta. (Daria Ghiu) 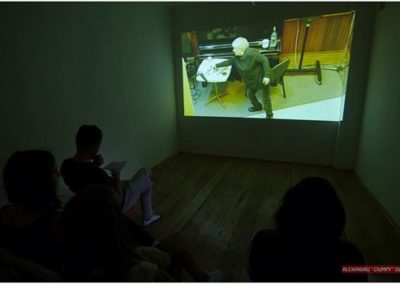 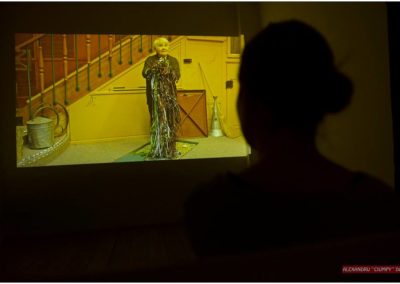 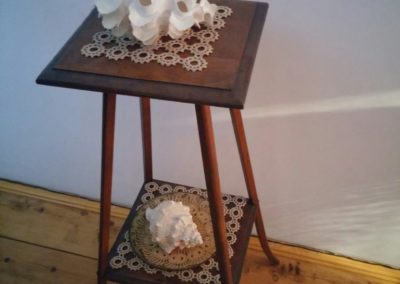 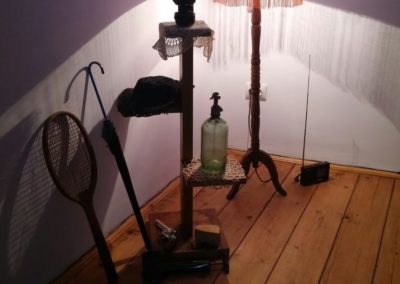 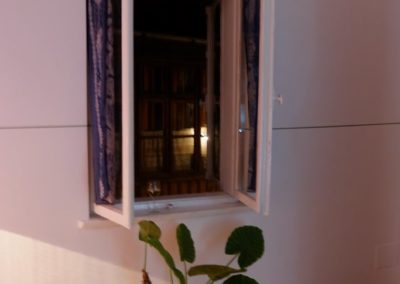 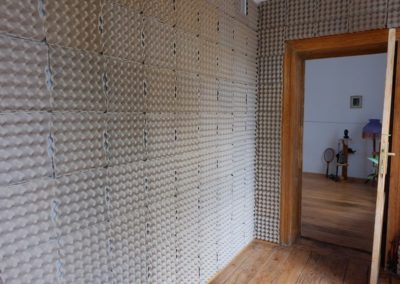 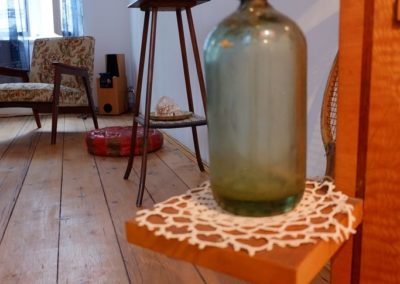 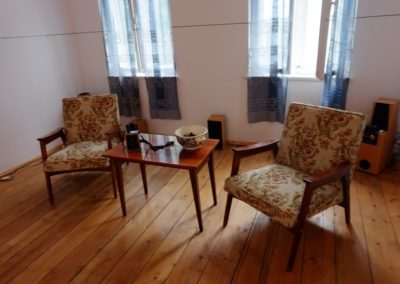 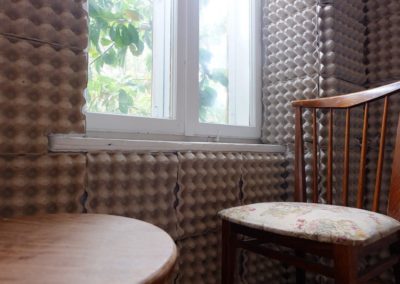