“…. alienation and longing, the possibility of a return to innocence and personal attachments”

The passage of time is sublimated in the new works of Dragoș Bădiță, anchored in fantastic painterly compositions that merge with psychological allegories in an almost Borges-wise landscape. The moment lingers in an improbable stillness, giving way to an ineffable potential for something that is just beginning or on the contrary, for a terrible ending. Against the background of desert plains or uncanny floods, Dragoș Bădiță creates visual sceneries that exude a calm detachment, almost paradisiacal in its introspective nature.

The surreal encounter between Buddhist and biblical motifs in the presented works are in line with Dragoș Bădiță’s fascination with portraits and their psychological nuances, investigating an a-religious spirituality, now rendered in a collective and a-contextualized mental realm. In his words, the artist paints scenes and “ephemeral things as if they will last forever. People that I know or see, snippets of things around me. I’m interested primarily just in their bare fact of being-there, like in a haiku; I don’t want to put them on any theoretical chess-board. I want them opaque and resilient to interpretation, just as reality is.” 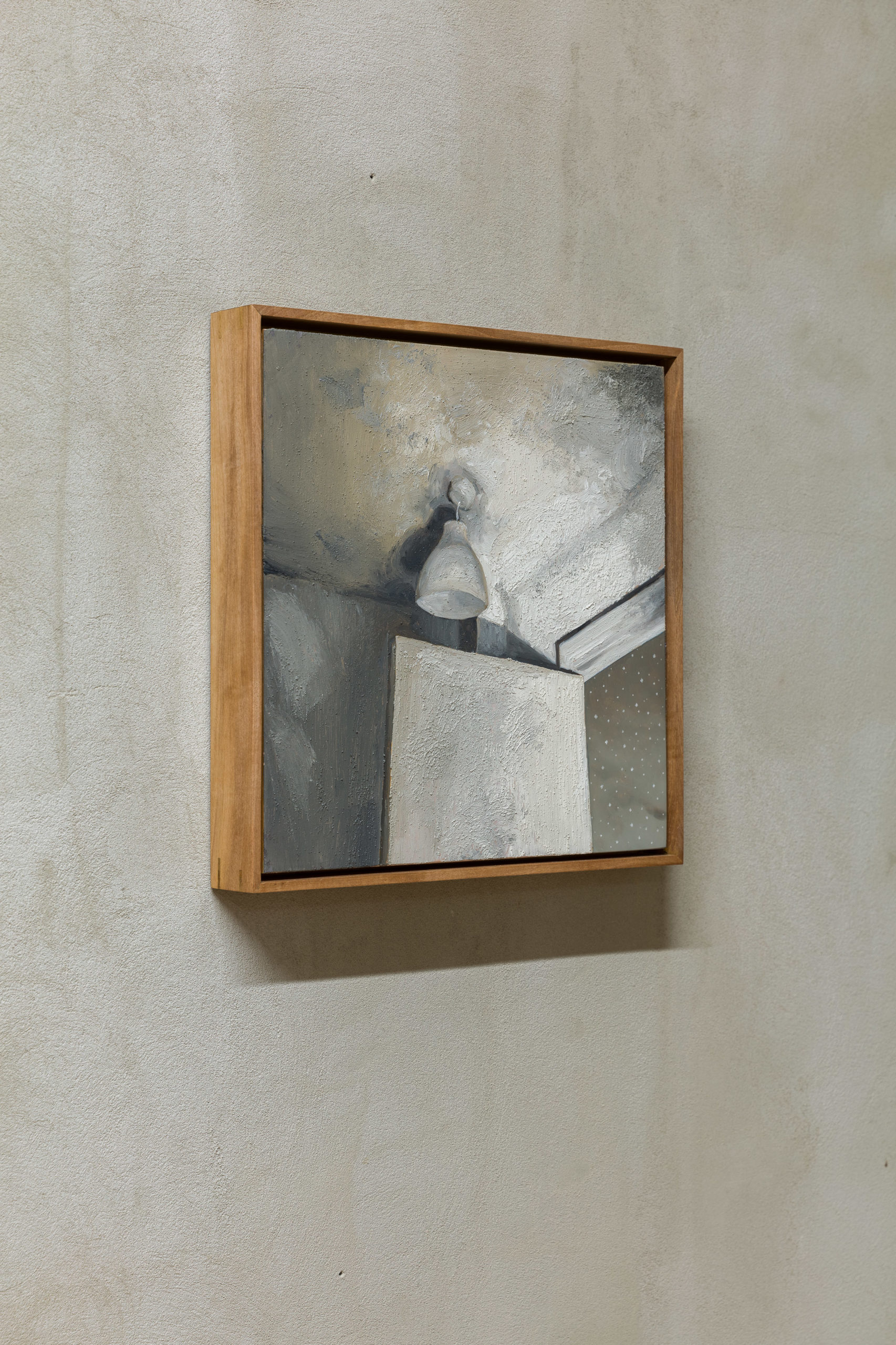 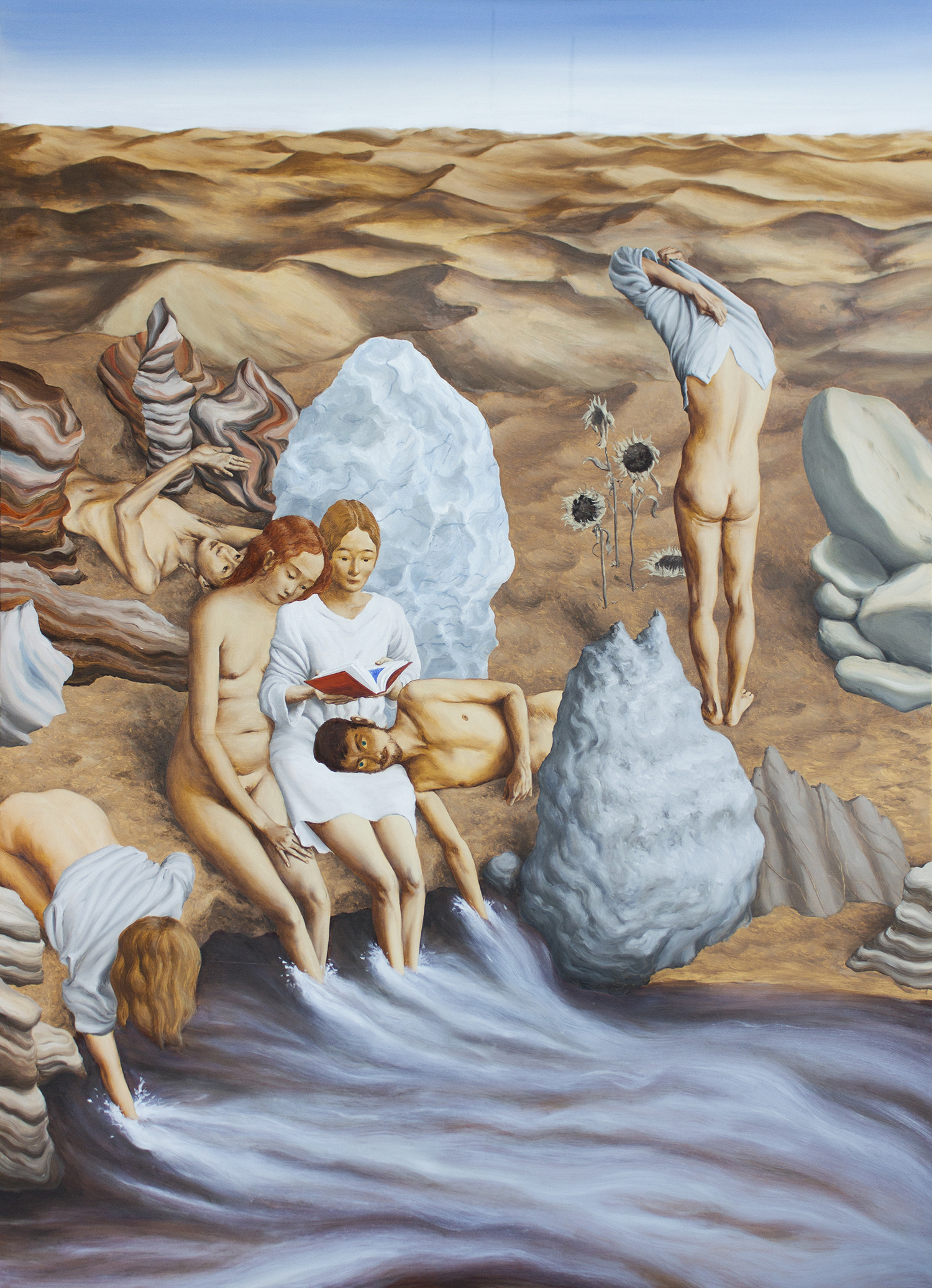 “Through Bădiță’s multiplying architecture the scene intensifies, vividly gathering multiple associations and tensions in the delocalization of the reference.” 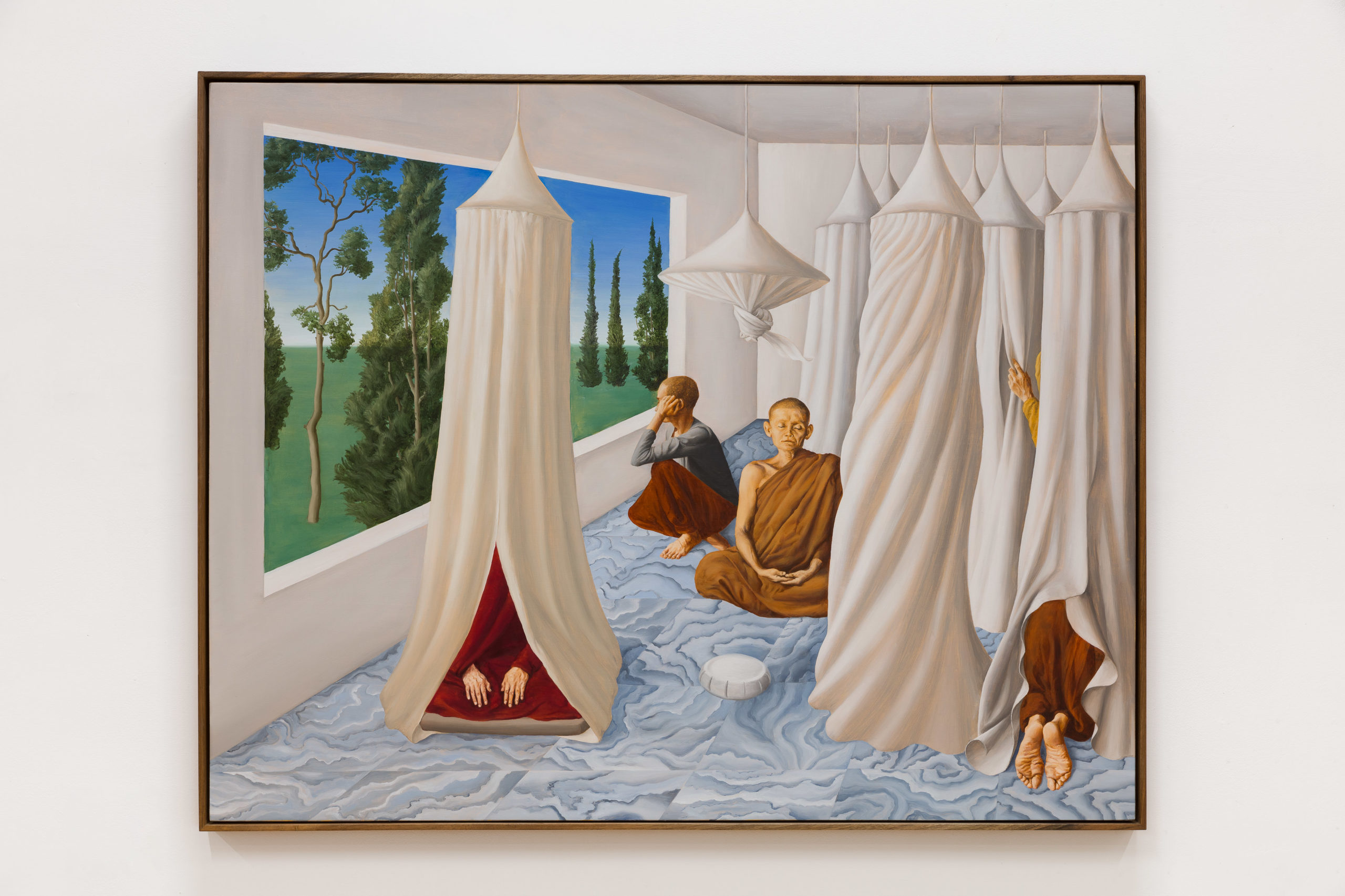 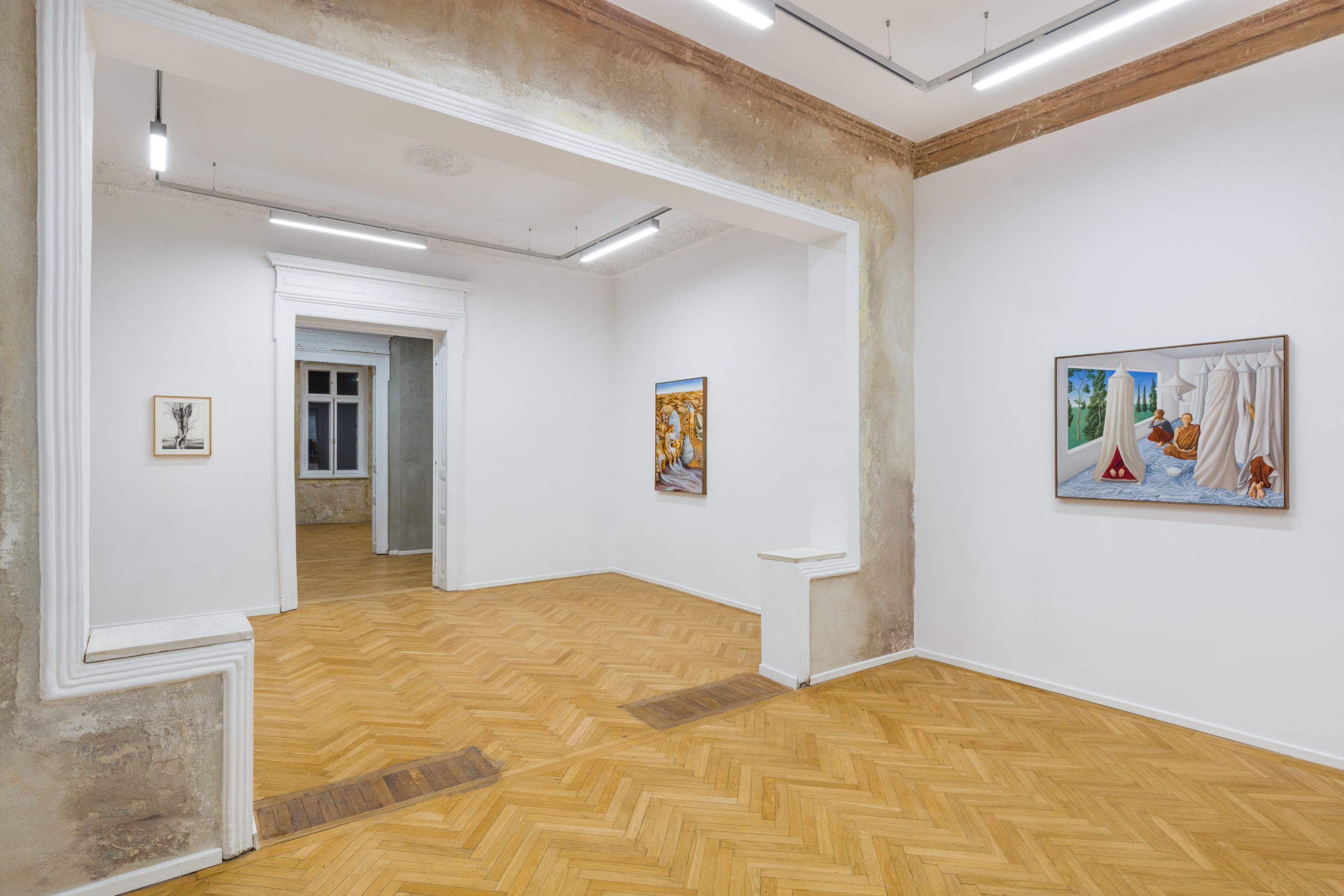 Essentially, Dragoș Bădiță seizes an opportunity to renegotiate the scene in a contemporary vein, which aggregates and fuses unexpected cultural references, between seemingly disparate spaces, between the personal and the universal. The artist searches for a reconciliation on the notion of ephemerality, for a time that cannot last, for an ineffable air of a perennial collective. The characters in “Spring” (2021) seem to be in a continuous Paradise Lost, as well as those in the large-scale painting titled “Flood” (2021).

The characters that he depicts do not seem to mourn whatever is happening in the proto-world around them – either at its very beginning or at its end – but rather seem to be in an insinuating, internal dynamic, introspectively connected to those around them and themselves, dreamers in a universe before needing definition. In the gallery space, the selection of paintings pulsates between the colours that are really at the crux of Dragoș Bădiță’s practice, between intense shades of blue and ochre-desert-wood-calm-interior, emitting the sensorial between retreating and lunging into some reverie depth, of simultaneous fear and fascination. The colour only recedes in the black inks of the drawings, both the subject of a steady melancholy and of the process of painting in such a fast-paced medium – forms are captured in moments that flee, flow, in a state of affect ultimately shared outwardly, inside. 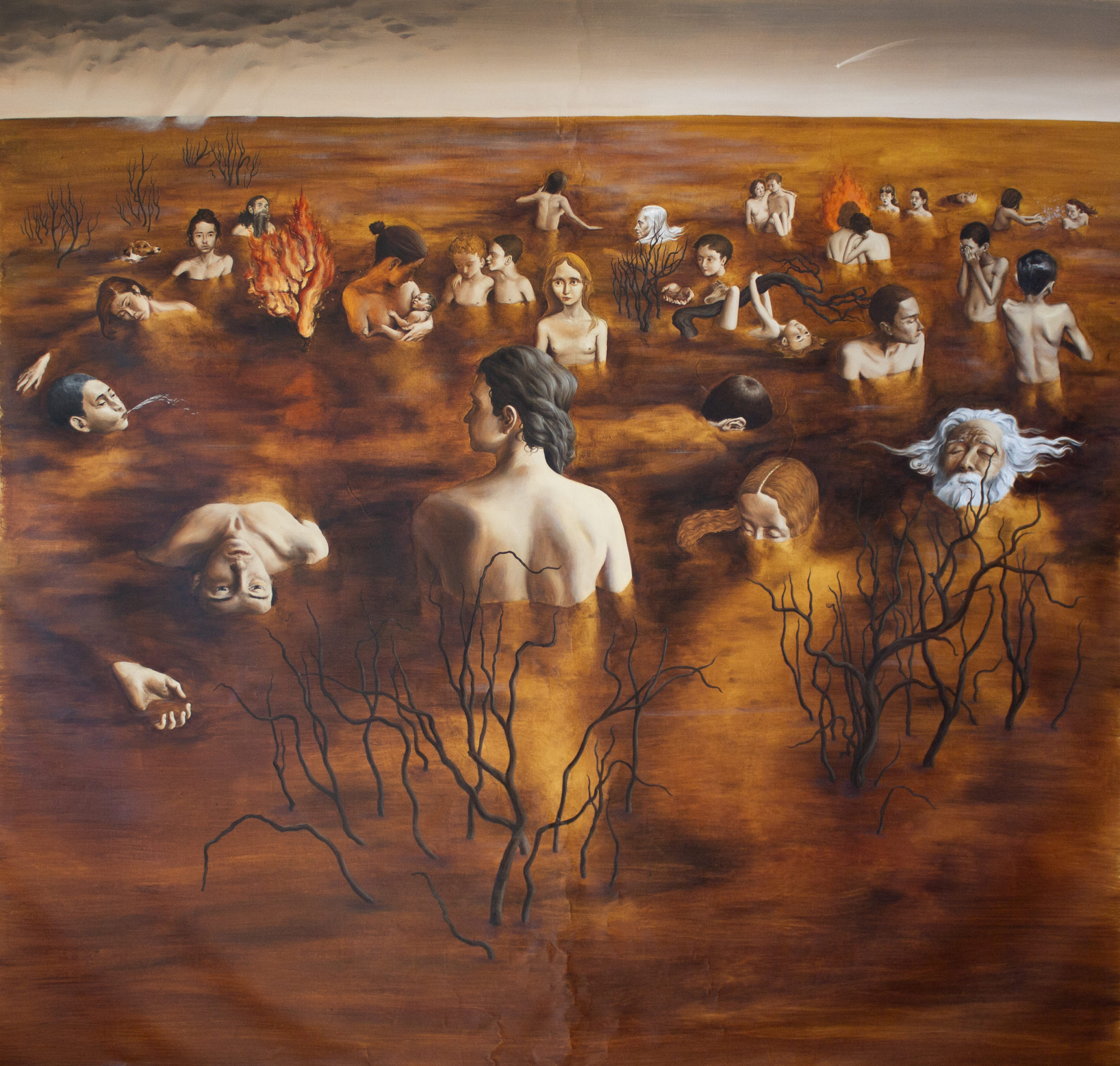 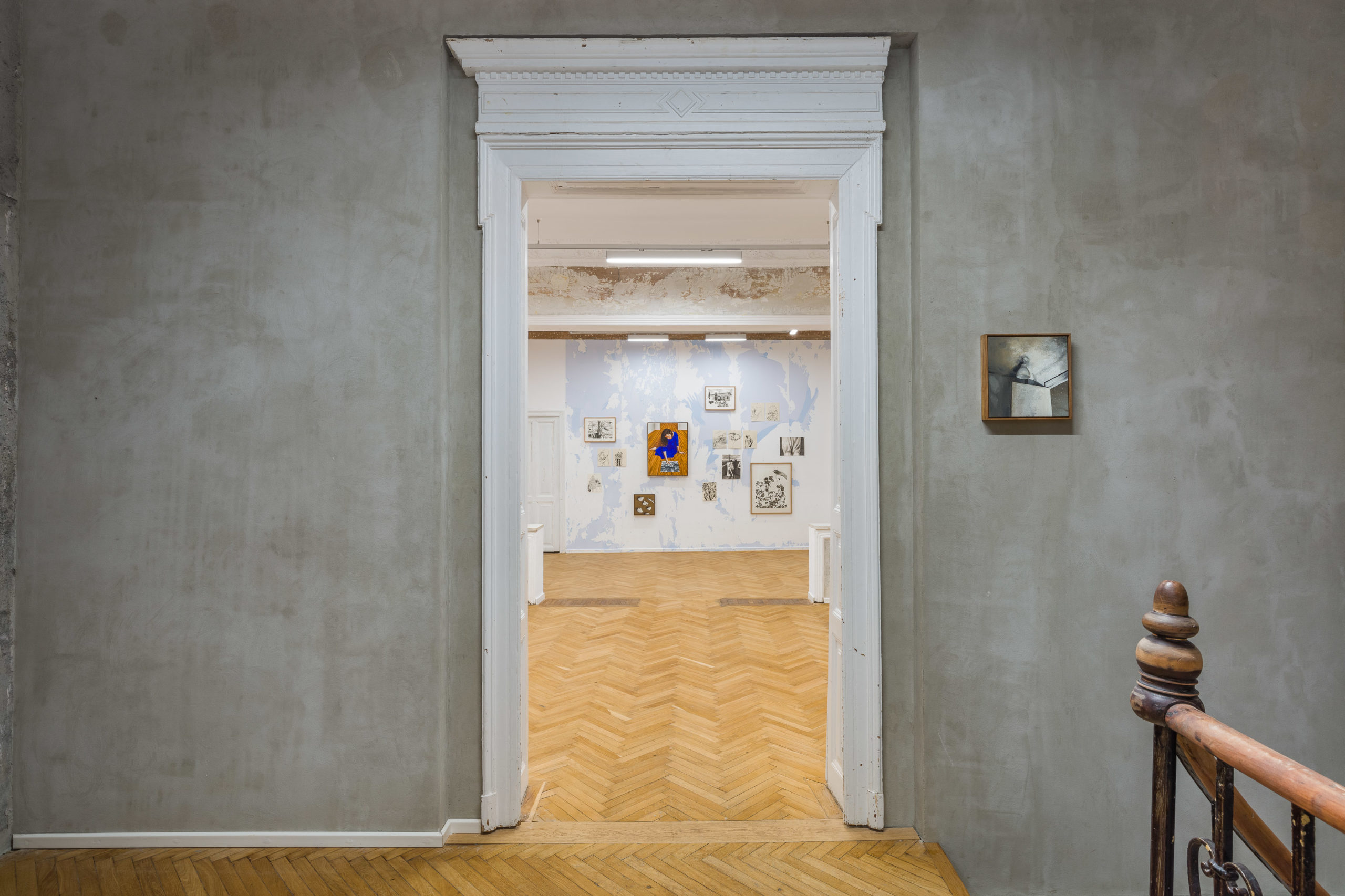 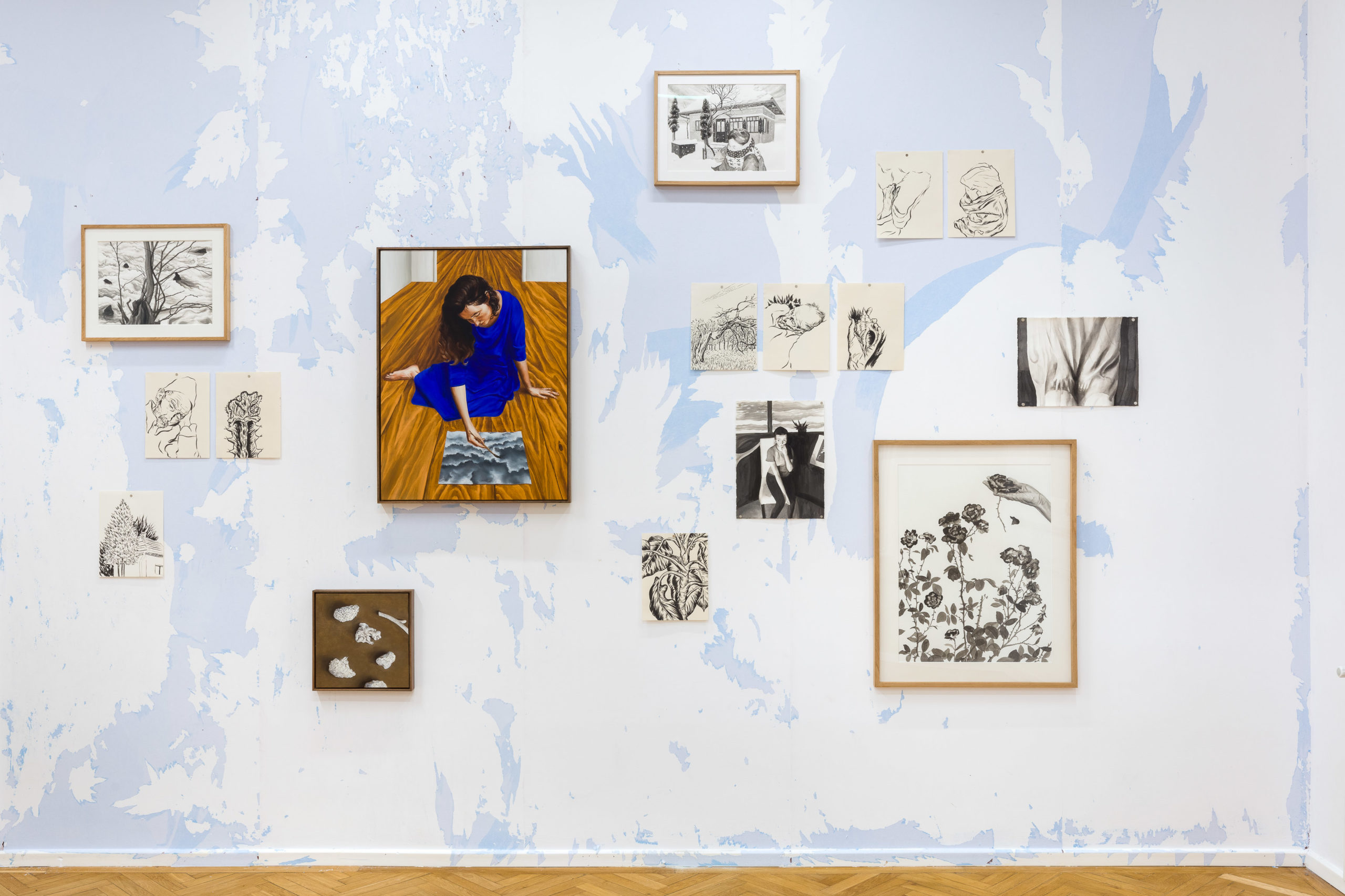