“In parallel with the philosophy of mind, it was also discussed the creative act”

The Philosophy of mind has tried along the time to study the report mind-external world, but also the phenomena, functions and mental states. Empiricists claimed that the human mind is a “tabula rasa”, where we add experiences that lead us to further actions. Continental rationalism came up with the concept of “thinking exists”, the human mind is the true origin of knowledge. In this concept, the mind is not different from external reality; all the elements of nature and the mental worlds are one and the same. 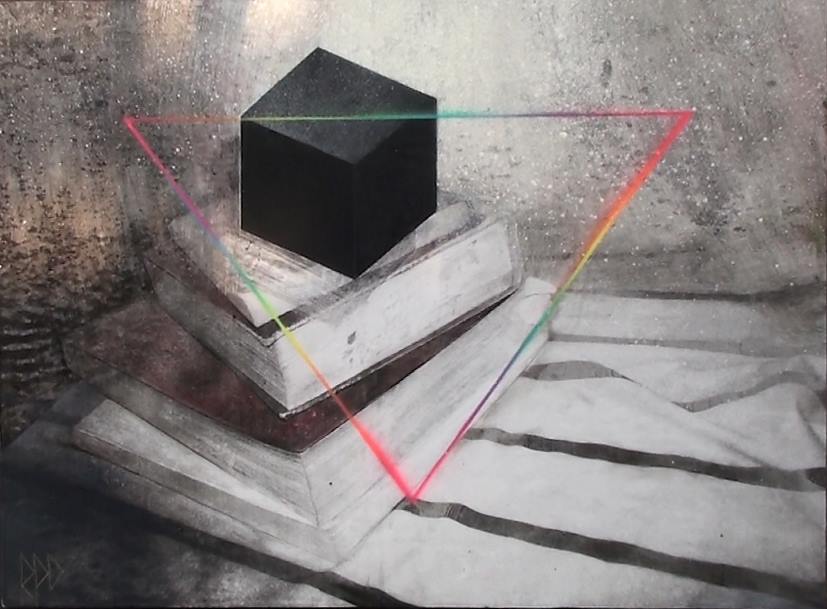 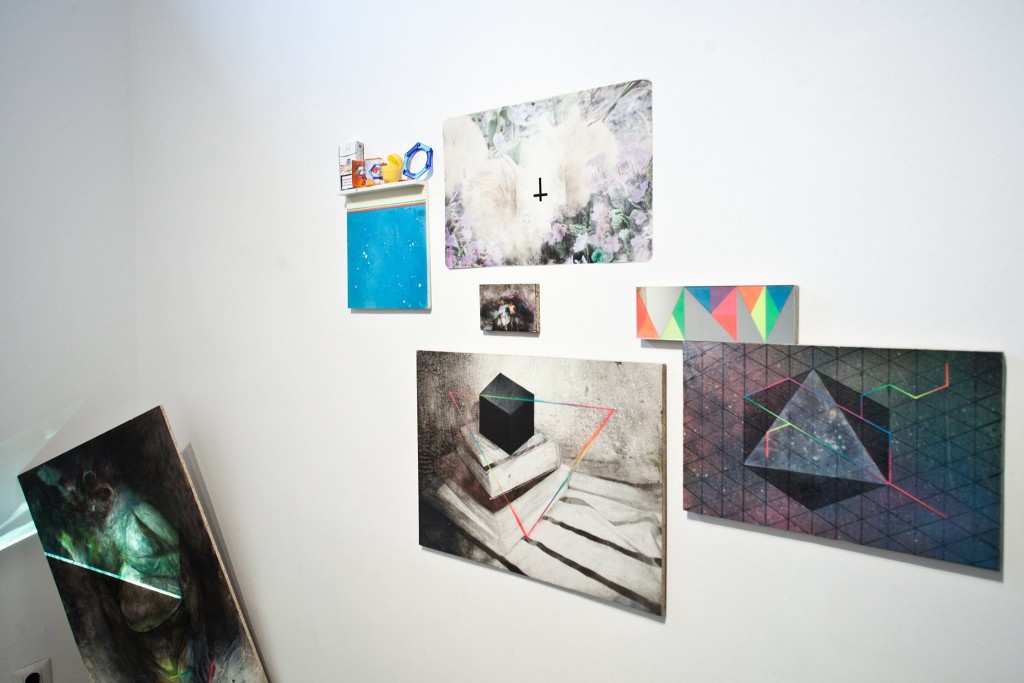 In parallel with the philosophy of mind, it was also discussed the creative act. It was positioned in obscurity, denounced as a factor of sensitive knowledge, but also took the same step value with empirical perception. Samuel Taylor Coleridge had a different view on the philosophy of mind and the concept of the creative act in Literary Biography. The creative act was attributed to higher order of imagination, imagination that results from esemplastic ability; it is the privilege only of creative geniuses.

Through the esemplastic ability, the creator using all information from internal and external field manages to give unity and so it becomes a brilliant creation. Dan Raul Pintea resumed / reinterpreted the principle of creation proposed by Coleridge in Literary Biography. The artist uses the term esemplastic to indicate the consistency of the materialization of his thoughts at the intersection of multiple dimensions and the need to deconstruct everything in order to capture the illusion of control, this occurring due to the lack of capacity to embrace the whole universal mental incommensurability.

The new series of works by the artist Dan Raul Pintea are an upward path through the development of personal esoteric skills. He is concerned with the concept of mindstream, dimensions and their intersection, and also the power of thought, its materialization into reality or rather, the thought that determines the realization, which is itself the real world, the universe.

Our mind is part of this unique universal consciousness, the thoughts are the product of our mind, everything we perceive in the physical world has its origin in the invisible world, our inner thoughts and beliefs, as Picasso said: “Everything you can imagine is real”. (Forward by Bogdan Ghiu) 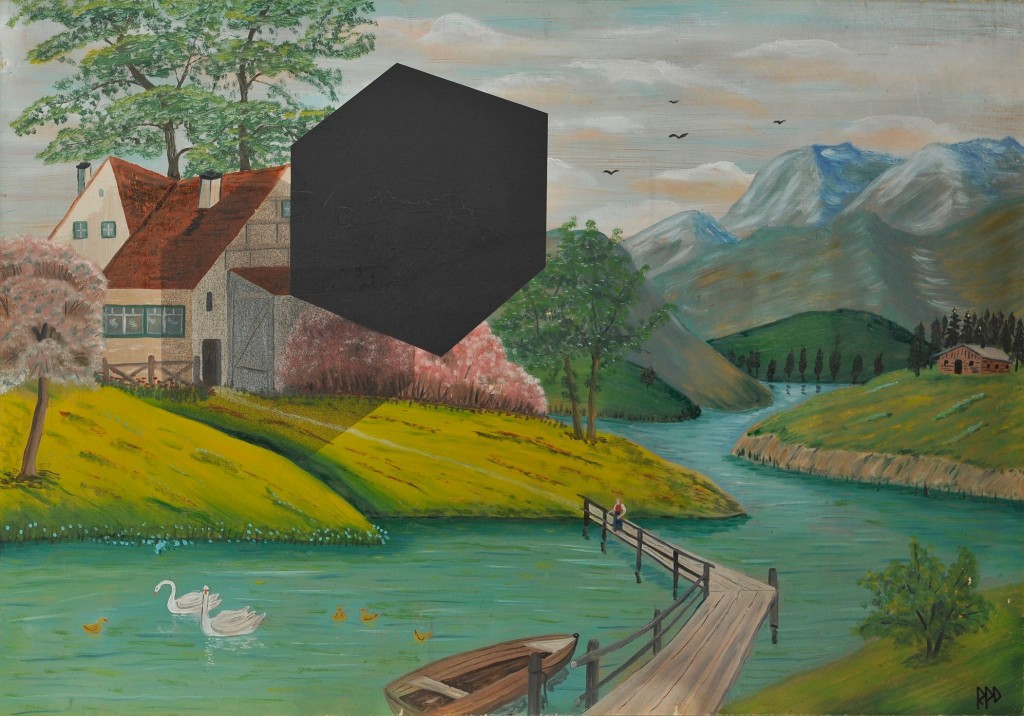 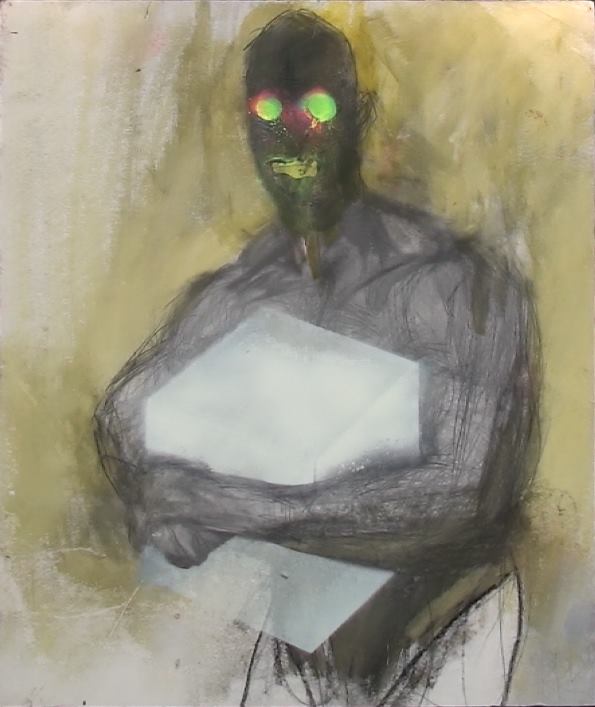 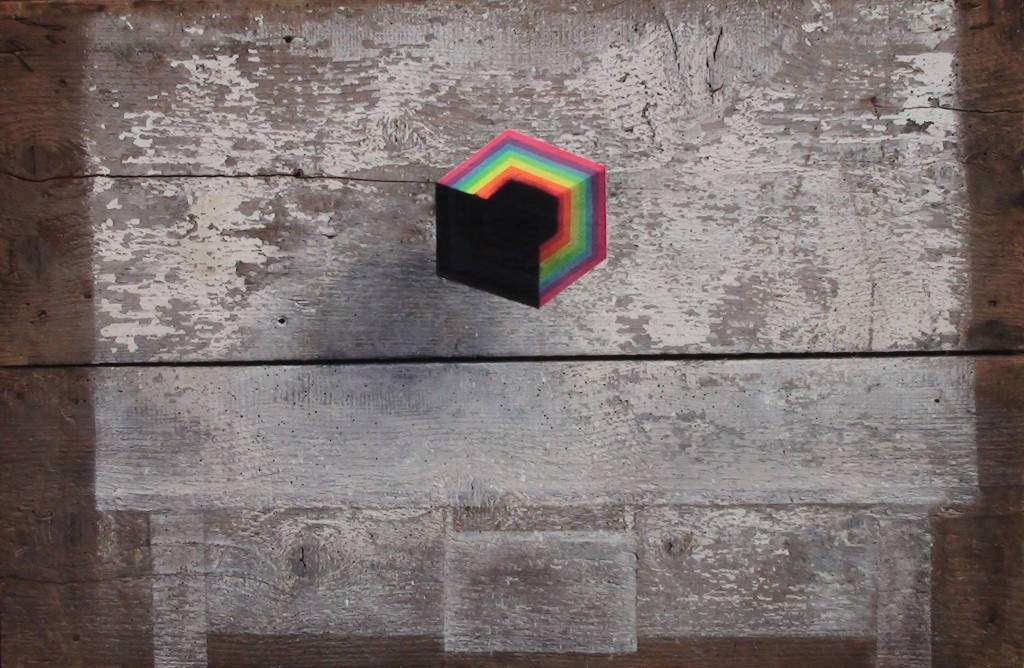 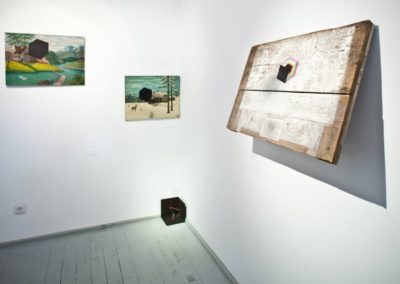 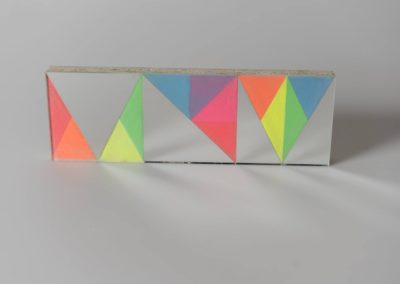 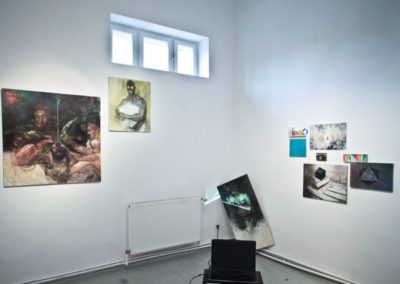 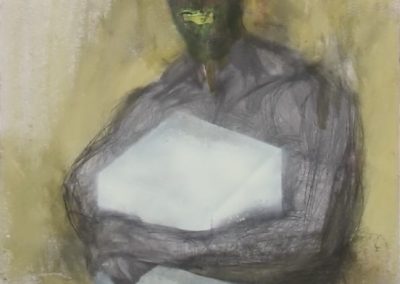 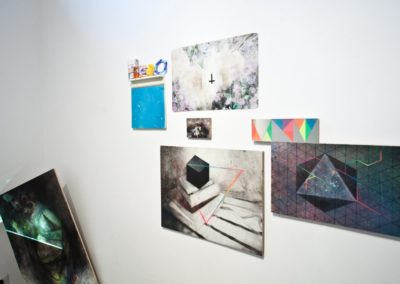 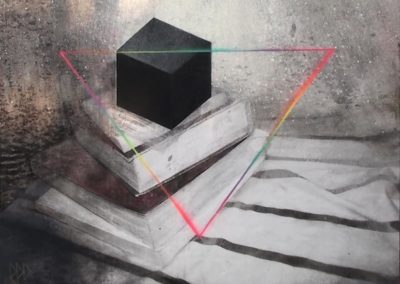 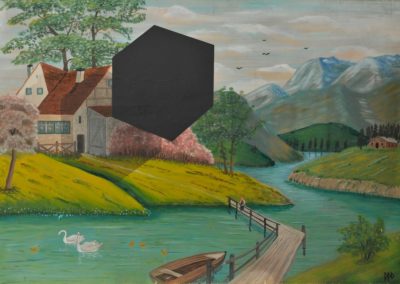 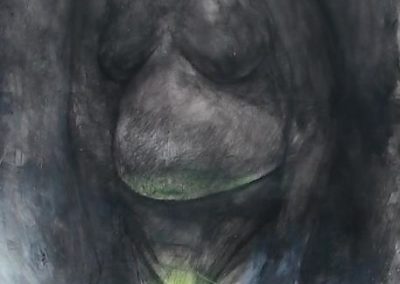 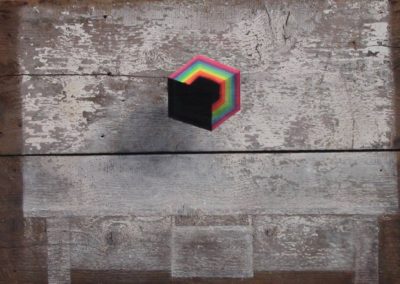 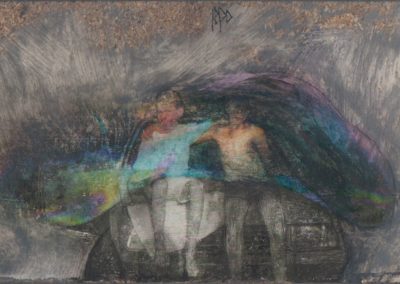 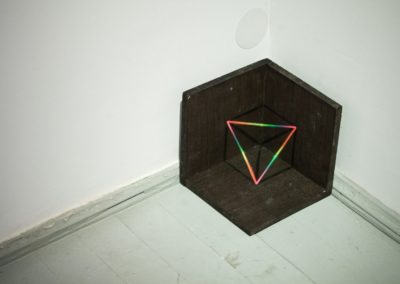